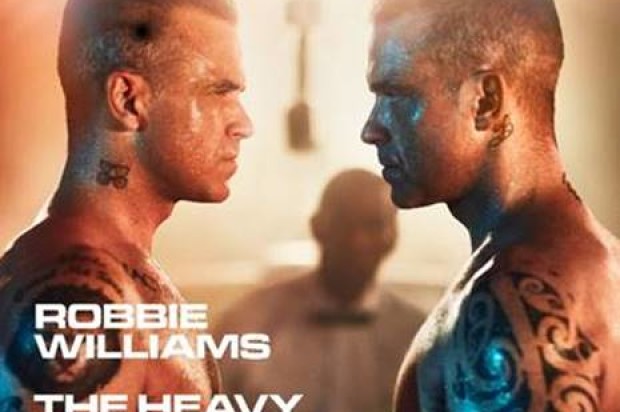 CONFIRMED TO VISIT AUSTRALIA THIS MONTH!

The incredible ROBBIE WILLIAMS today releases his brand new studio album THE HEAVY ENTERTAINMENT SHOW on Columbia Records through Sony Music Entertainment Australia. Robbie is confirmed to return to Australian shores this month to perform on The X Factor. Stay tuned for more news on where else you can catch Robbie whilst he is here!

The album is Robbie’s first to be released through Sony Music and follows a string of 11 UK chart-topping albums, a tally only matched by Elvis Presley. Robbie’s last solo No. 1 album, SWINGS BOTH WAYS was also the 1000th album to reach the top of the UK charts. The album features songs co-written with Guy Chambers, John Grant, Rufus Wainwright, Brandon Flowers/The Killers, Ed Sheeran and Stuart Price – and, from above, Serge Gainsbourg and Sergei Prokofiev.

Robbie Williams’ brand new single ‘Love My Life’ was written by Robbie and Johnny McDaid (Snow Patrol) with Gary Go. The song is dedicated to both of Robbie’s children, describing his hopes and ambitions for them … “I might not be there for all your battles, but you’ll win them eventually. I pray that I’m giving you all that matters so one day you’ll say to me… I love my life, I am powerful, I am beautiful, I am free …

I am not my mistakes, and god knows I’ve made a few. I started to question the angels and the answer they gave was you. I cannot promise there won’t be sadness, I wish I could take it from you. But you’ll find the courage to face the madness…”

Robbie said, “We all hope we can prepare our children for the world so that by the time they get out there they have all the tools to deal with it.”

It has recently been announced that Robbie will be honoured with the prestigious BRITs Icon Award in November, following in the footsteps of Sir Elton John and David Bowie.

The award is the highest accolade given by the BRIT Awards. It is only presented to artists whose writing, recording and performances have set them apart as having made a lasting impact on British culture, recognising the very highest level of achievement in music. To celebrate this landmark award, Robbie will play a special, intimate one-off London show at the Troxy on November 7. This unique event will then be televised by ITV in a special 90 minute show to be aired in December.

THE HEAVY ENTERTAINMENT SHOW is out now on Columbia Records through Sony Music Entertainment Australia.