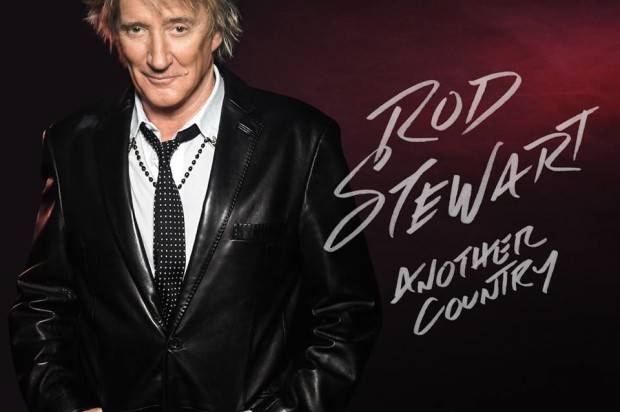 “The only way to write songs is to be as personal as you can,” says Rod Stewart. “I think I’m writing a lot more from my heart now.”

Having recently passed his fiftieth anniversary as a recording artist, the two-time Rock and Roll Hall of Fame inductee continues to add new chapters to an incomparable career. With his twenty-ninth solo studio album, Another Country, Stewart picks up where his last album, 2013’s globally acclaimed Time, left off.

“This is more than just an extension of the last record, the topics that I sing about are a bit more widespread,” he says. “I think the songs are better on this one.”

Not only did Time reach Number One on the UK charts—a record-breaking thirty-seven years after his last chart-topping album, 1976’s A Night on the Town—it also marked the end of a twenty-year dry spell in Stewart’s songwriting. He credits his best-selling autobiography, Rod, with opening up the floodgates.

“Songwriting has never been easy for me, it’s a struggle,” he says. “But there were so many stories in the book that ended up turning into songs. And when the last album was so well-received it gave me the confidence to keep on writing, and to write about different things.”

The material on Another Country ranges from the intimacy of “Can We Stay Home Tonight” to the bright reggae lope of “Love and Be Loved,” from the pure joy of “Walking in the Sunshine” to the passionate pleading of “Please.” The title track is a meditation, he says, on “what it must be like to be in the armed services and to be away from home for so long, to miss your loved ones.” Most prominent, though, are the selections that delve into matters pulled from Stewart’s own life.

“I feel hopeful that a few will really touch people’s hearts,” he says. “’Batman Superman Spiderman’ was inspired by putting my 4-year-old to bed, something many fathers of young children can relate to. ‘Way Back Home’ was inspired by my British roots and having been born near the end of the Second World War; it’s a tribute to those who gave their lives for peace and freedom. My drummer went through that song and he was crying to it so it seems to bring out a lot of emotions.”

Another Country also taps into Stewart’s lifelong love of all things Scottish. “I was born in London, so I’m a Cockney Scotsman,” he says. “But there’s a huge Gaelic feel throughout the album, lots of violins and mandolins. The one I enjoyed the most was ‘We Can Win.’ I didn’t set out to write a song about football, I was probably thinking of my dad and my brothers, since football is everything to us, and it’s dedicated to all the Celtic supporters throughout the world.”

And as always, holding the album together is that voice—a voice that led the Godfather of Soul, James Brown, to call Stewart “the best white soul singer,” a voice about which Elton John once said, “Bar none, Rod’s the best singer I’ve heard in rock ‘n’ roll.” That distinctively raspy, impressively expressive, and surprisingly versatile voice, has been heard on more than 200 million albums sold around the world; from his early days with the Jeff Beck Group, through the glory years bouncing between the glorious Faces and a triumphant solo career, right up to the five volumes of the Great American Songbook, the official best-selling series of new recordings in pop history.

If there’s any doubt that, at age 70, Stewart’s vocals are still the stuff of legend, check out the throat-shredding peak of “Please.” And if you have any question about the impact his sound still has, consider the new hit by rapper A$AP Rocky, “Everyday,” which is built around a sample of Stewart’s voice from a 1970 recording with an obscure band called Python Lee Jackson.

Another Country also demonstrates that an artist with five decades of work behind him can still find new ways to create. Collaborating closely with Kevin Savigar, who co-produced the album, Stewart was thrilled to embrace modern recording methods.

“The great thing about it was we never went near a studio,” he says. “I’ve had a long and varied career, and it seems like I’ve spent years and years in studios so being able to record this album at home felt so much more intimate and comfortable. It’s a tremendous way of working.”

Stewart admits that sometimes it’s a challenge to find the right way into a song, but he believes that the best records are the ones that emerge organically. “I usually start off with a title,” he says. “I’ll start humming and hawing and see what comes out, like I did with ‘Maggie May.’ There are takes of that where Maggie May isn’t even mentioned—I had the melody, but didn’t have what the song was about. It’s like you have an aerial and the song comes down the aerial into the head. If they don’t come naturally, then they’re not supposed to be alive. It’s all got to flow.”

Stewart claims that the success of Time was gratifying above and beyond its sales figures. “It’s a good ego boost, sure, but more importantly, I found out that I made my fans really happy,” he says. “And that gives you the confidence to go on and say, ‘Well, I’m really going to give them a good album now.’ ”

As for his ambitions regarding Another Country, Rod Stewart has learned where his real satisfaction comes from. “I want it to do well, otherwise I wouldn’t have made the bloody thing,” he says. “But if I get half the feedback from my fans that I got from the last one, I’ll be happy. Really, it’s for them.” 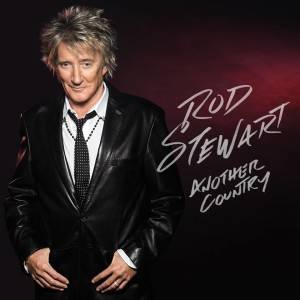