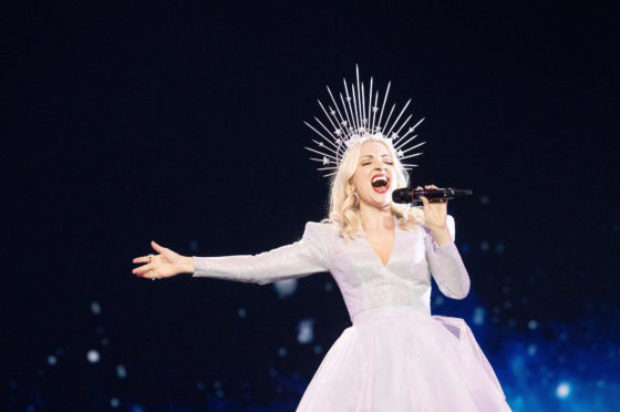 Who will represent Australia at Eurovision in 2020?

SBS and production partner Blink TV today announced Eurovision – Australia Decides will return to the Gold Coast in February, giving Australians the chance to vote for the artist and song to represent the country at the Eurovision Song Contest 2020 in the Netherlands.

In association with the Queensland Government via Tourism and Events Queensland, the City of Gold Coast and Screen Queensland, Eurovision – Australia Decides will be presented at the Gold Coast Convention and Exhibition Centre on Friday 7 and Saturday 8 February and tickets for the Opening Night Show, Matinee Show and Live TV Final are now on sale.

Hosted by SBS Eurovisionaries comedian Joel Creasey and music buff Myf Warhurst Eurovision – Australia Decides will showcase the best of Australian music and bring the nation closer to the Eurovision action. Audiences are encouraged to vote for their favourite acts and the winner will be revealed during the Live TV Final broadcast live and exclusively on SBS on Saturday 8 February.

SBS Commissioning Editor for Entertainment Josh Martin said:
“Following on from Kate Miller-Heidke’s history-making performance in 2019, I cannot wait to see who Australia will choose to represent us in 2020 and the first step on this journey is submitting a song. With a truly diverse and inclusive line up, the inaugural Eurovision – Australia Decides was a great success – and we want this one to be bigger and better than ever!

“There is such an incredible depth and breadth of musical talent in our country – both established and emerging. SBS has been the home of Eurovision in Australia for more than 35 years and we’re thrilled to be able to provide this exciting new platform for artists to launch original Australian music globally.”

Queensland’s Tourism Industry Development Minister Kate Jones said:
“The Gold Coast is an international events powerhouse and hosting Eurovision – Australia Decides for the second year running continues to build our global awareness. Audiences loved the event last year and I look forward to even more people visiting the Gold Coast because of Eurovision.”

Gold Coast Mayor Tom Tate said:
“After such a successful event last year we can’t wait to again host Eurovision Australia Decides here on the Gold Coast. Kate certainly did us proud in Tel Aviv and I can’t wait to see what talent we can unearth here in February to represent us in the Netherlands in 2020.”

Creative Director of Eurovision – Australia Decides Paul Clarke said:
“Who will wear the crown? Which artist and song will represent Australia at Eurovision 2020? We are delighted to be working with Queensland and The City of Gold Coast to create Australia’s only original song contest for TV. We can promise we have the makings of another excellent Eurovision weekend on the way. There will be some surprises in the format, and some real surprises about who will be competing. Please Eurovision fans, don’t miss out – get your tickets early!”

SBS is again calling on songwriters across Australia to submit an original composition as part of the selection process via sbs.com.au/Eurovision. The song portal is now open for submissions until 30 September 2019. There are no restrictions on the number of songs composers and songwriters, both published and unpublished, can submit.

Songs will be shortlisted and announced later this year, along with the ten Australian artists set to compete for their shot to represent Australia on the world’s biggest stage. Then it’s up to the Australian public and a Jury to decide who will take the stage at the 65th Eurovision Song Contest to compete for Eurovision glory.

To submit a song or for more information on Eurovision – Australia Decides: sbs.com.au/Eurovision