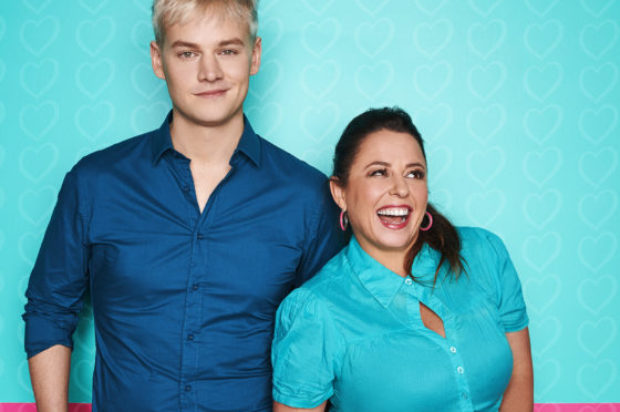 It’s up to YOU to decide the song and artist!

SBS has secured Australia’s participation as a competitor at the 2019 Eurovision Song Contest and, for the first time ever with production partners Blink TV, will host a national contest Eurovision – Australia Decides to select the artist and song to represent the country on the world’s biggest stage.

SBS Acting Managing Director James Taylor, the Premier of Queensland Annastacia Palaszczuk, Tourism Industry Development Minister Kate Jones, Gold Coast Mayor Tom Tate and Australia’s Head of Delegation Paul Clarke today announced that Eurovision – Australia Decides will be hosted on the Gold Coast on Friday 8 and Saturday 9 February and the Live Show will be broadcast exclusively on SBS on Saturday 9 February when voting will be open to the public.

At a launch event on the Gold Coast today, SBS called on songwriters across Australia to submit an original composition as part of the selection process via sbs.com.au/eurovision. The song portal is now open for submissions until Sunday 4 November.

There are no restrictions on the number of songs composers and songwriters, both published and unpublished, can submit. Songs will be shortlisted later in the year and paired with some of Australia’s most recognised artists.

Then it’s up to the Australian public and a Jury to decide Australia’s act to take the stage at the 64th Eurovision Song Contest to compete for Eurovision glory.

SBS Acting Managing Director James Taylor said:
“SBS has been the Australian home of the Eurovision Song Contest for 35 years and 2019 will mark Australia’s fifth year of competing in the event. As our country’s passion for Eurovision continues to grow, we are inundated by fans wanting to have their say in choosing who represents Australia on the world’s biggest stage.

“This will be the first time that Australians can enjoy a Eurovision show live on home soil and we are delighted to begin this next chapter in Australia’s Eurovision journey with our long-term production partner Blink TV and new partners in Queensland – the Queensland Government via Tourism and Events Queensland and City of Gold Coast.”

Premier Annastacia Palaszczuk said:
“Queensland and the Gold Coast continue to build on its reputation as a powerhouse of Australia’s film and television industry. Following the successful shift of the TV WEEK Logies to the Gold Coast this year, securing Eurovision – Australia Decides for the Gold Coast is further demonstration of the respect for this region as an international television and event host.”

Tourism Industry Development Minister Kate Jones said:
“During the Commonwealth Games we showed the world that the Gold Coast was an unbeatable event destination. Events like these give us the opportunity to profile the Gold Coast and everything that makes it great to a national and international audience – and that’s terrific news for our tourism industry.”

Gold Coast Mayor Tom Tate said:
“I’ve always said that we are a city that dares to dream. We dream big and we reap the rewards for that. Hosting this Eurovision event is right up there with the best. Our city’s exposure to this global audience is priceless. Lights. Camera. Action. Bring it on.”

Australian Head of Delegation and Director of Blink TV Paul Clarke said:
“This will be the first time our huge fan base will be able to see a live Eurovision show in an Australian venue – the Gold Coast Convention & Exhibition Centre, as well as live on SBS. We have great plans to make the Gold Coast Eurovision Central in February 2019, so with spandex and sequins at the ready, it will be an awesome show!”

Myf Warhurst said:
“In 1994, a band now known as Silverchair won a competition run by SBS’s Nomad program, with support from Triple J, with their hit song Tomorrow – now an Aussie classic. Can we back it up with another worldwide smash hit?

“Eurovision – Australia Decides is a great opportunity for songwriters, both published and unpublished, to show us what they’ve got and for a suite of Australian artists to bring these songs to life on stage in February.”

Joel Creasey said:
“I can’t wait to be part of the first ever Eurovision selection show in the Southern Hemisphere and find the next Aussie classic, up there with the likes of Farnsy’s You’re the Voice, Braithwaite’s The Horses or my personal favourite, the seminal debut single from Bardot, Poison.

“It’s over to you Australia – let’s give Europe our best!”

The Eurovision Song Contest will be broadcast exclusively on SBS in May 2019, and will be hosted again by Eurovisionaries Myf Warhurst, and Joel Creasey. They will be at the helm of SBS’s Eurovision coverage to bring Australians every angle of the contest as they explore the razzmatazz, kitsch, showbiz, cultural displays and heart of Eurovision – the artists and songs.