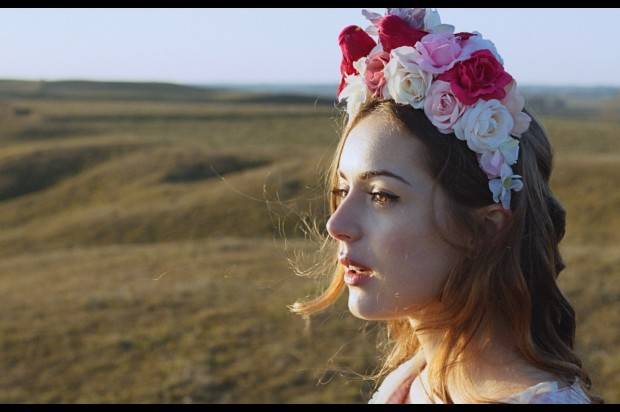 DIRECT FROM 2015 CANNES FILM FESTIVAL, INTIMATE DOCUMENTARY INGRID BERGMAN: IN HER OWN WORDS TO CLOSE THE FESTIVAL AND UN CERTAIN REGARD WINNER RAMS TO RECEIVE ITS AUSTRALIAN PREMIERE AT THIS YEAR’S SCANDINAVIAN FILM FESTIVAL

GUEST ANNOUNCEMENT: SWEDISH-FINNISH ACTRESS AND COMEDIAN BIANCA KRONLÖF TO VISIT SYDNEY AND MELBOURNE TO CELEBRATE HER LEADING ROLE IN UNDERDOG

After hand selecting the final titles at the 2015 Cannes Film Festival, the Scandinavian Film Festival is pleased to announce its full repertoire of twenty-two features framed by the witty Opening Night comedy HERE IS HAROLD (Her Er Harold) and Closing Night film INGRID BERGMAN: IN HER OWN WORDS (Jag ar Ingrid), which arrives fresh from Cannes and sees Stig Bjorkman deliver a revelatory documentary on Bergman’s personal life through her diary, interviews with family members and never-before-seen private footage, providing a captivating look behind the scenes of the remarkable life of a young Swedish girl who became one of the most celebrated actresses of American and World cinema. 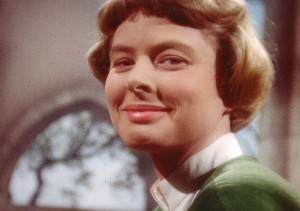 Ingrid Bergman: In Her Own Words (Jag ar Ingrid) 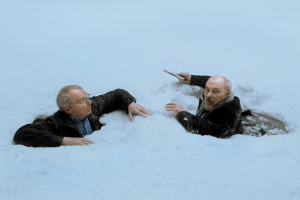 Palace Cinemas are proud to host the Australian premiere of Grimur Hakonarson’s RAMS (Hrutar), which was awarded the top prize in Cannes’ Un Certain Regard section. Cannes Jury President Isabella Rossellini said Grimur Hakonarson’s film was being honored for “treating in a masterful, tragicomic way the undeniable bond that links all humans to animals.” Applauded for its wonderfully wry, understated comic moments, RAMS centres on two brothers from a remote Icelandic farming valley who haven’t spoken in 40 years, but have to come together in order to save what’s dearest to them — their prize-winning flock of sheep.

Swedish-Finnish actress and well-known comedian Bianca Kronlöf will be present in Sydney and Melbourne for their Opening Nights and an exclusive Q&A following the screening of her film UNDERDOG (Svenskjävel), which sees her play 23-year-old Dino, who has fled the mass unemployment of her home country in search of a more worthwhile existence in Oslo, Norway, only to end up in the centre of a scandalous and intense love triangle. Kronlöf will be available for advanced phone interviews and on-ground opportunities while in Sydney (6-8 July) and Melbourne (9-10 July). 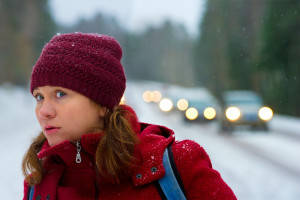 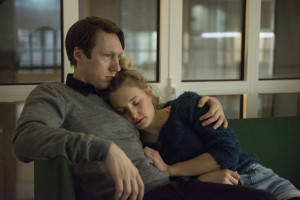 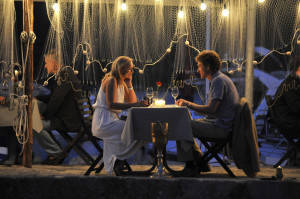 No Thank You (Ei kiitos)

For those looking for an unconventional tale of love and lust found in the strangest of places, Anne Sewitsky (winner of Sundance’s World Cinema Grand Jury Prize in 2011 for her debut feature, Happy, Happy) returns with HOMESICK (De Naermeste), an intimate portrayal of one woman desperately trying to rewrite past emotional injuries. Samuli Valkama’s NO THANK YOU (Ei kiitos) is based on a best-selling novel and looks at 40 something Heli, who is driven to desperation by an unattentive husband and thus, begins an affair with spunky young student Jarno, but not everything goes according to plan… Maria Blom’s HELLO HELLO (Hallå hallå) is a warm-hearted Swedish romantic comedy that allows us into the life of newly single middle-aged Disa, who is ripe for a change when unexpected encounters become the triggers for building a new life…and hilarious situations!

The male condition in all its forms is explored in Icelandic comedy-drama PARIS OF THE NORTH (Paris Nordursins) when reformed alcoholic Hugi is inconvenienced by his alcoholic father coming to stay. Born in Finland but certain he’s truly Swedish, the man-child protagonist of Leif Lindblom’s comedy RASPBERRY BOAT REFUGEE (Vadelmavenepakolainen) manages to pull off a longed-for identity switch. Meanwhile, Søren Balle’s realist comedy-drama THE SUNFISH (Klumpfisken), tells the story of a Danish fisherman dealing with a declining industry and an unexpected newfound love. 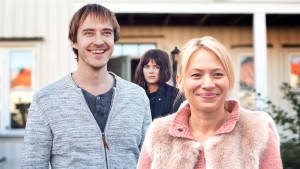 The festival films also bring to light stories of strong female protagonists including Danish Academy-Award winning director Bille August’s SILENT HEART (Stille hjerte), a masterfully crafted drama where three generations of a family gather in a large isolated country home faced with a mother’s ultimate decision. Jörn Donner‘s new film celebrates the legacy of Marimekko’s visionary, courageous and complex founder Armi Ratia in ARMI ALIVE! (Armi elää!). After finding out that her husband cheated on her, Lise and her two daughters embark on a whirlwind summer holiday to Malta full of laughs, jealousy, love, lies, and disco in Hella Joof’s ALL INCLUSIVE. Palace Cinemas presents A Family Affair in the Mediterranean for select screenings of ALL INCLUSIVE, which includes pre-film summer cocktails, Danish sandwiches and lively music that will transport you beach-side. 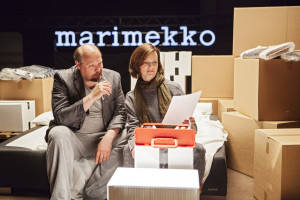 Tickets will be available for sale on 10 June at www.scandinavianfilmfestival.com