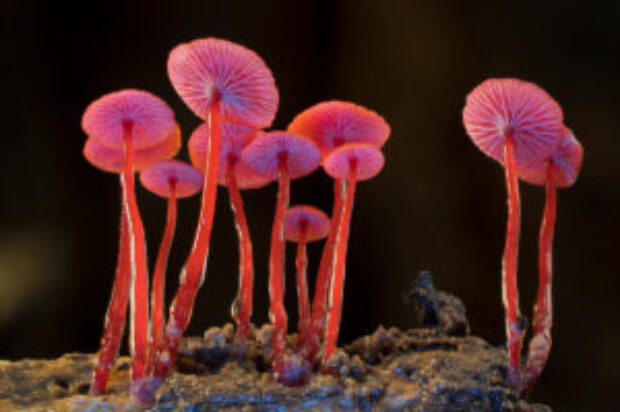 Screen Australia has announced nearly $2 million of production funding for two documentaries through the Commissioned program and eight through the Producer Program.

The projects include series Could You Survive on the Breadline? exploring financial disadvantage for SBS; The Secret World of Fungi, a documentary for IMAX; and a series investigating racism in Australia called UNHEARD.

Screen Australia’s Head of Content Sally Caplan said, “We’re very pleased to support these documentaries that will shine a light on issues including mental health and wellbeing, racism and the natural environment, and are sure to spark conversations. We’re excited to back the first ever Israeli documentary co-production with compelling feature Prisoner X, from a strong creative team who are well placed to maximise opportunities in financing and pathways to audience across both countries.”

“Lune Media have a strong track record of delivering topical information in an accessible way and I look forward to seeing them explore the nuance around financial disadvantage in upcoming SBS series Could You Survive on the Breadline?”

Could You Survive on the Breadline?: A three-part documentary series for SBS from Lune Media following three Australians as they experience what it’s like to live with financial disadvantage. This series is executive produced by David Galloway and Leonie Lowe whose credits include Fight For Planet A and War on Waste. It is financed with support from SBS and developed and financed with support from Screen NSW.
Every Family Has A Secret series 3: A four-part third season of SBS’s popular documentary series hosted by Noni Hazlehurst. This season will follow more everyday Australians as they seek out hidden secrets in their families, helping them form a new sense of identity. Returning for the new season are writer/director Steve Peddie, producer Claire Forster and executive producer Celia Tait. This project is financed with support from SBS, Screenwest and Lotterywest.

THE PRODUCER PROGRAM PROJECTS ARE:

How To Thrive: A one-hour documentary following Positive Psychology coach Marie McLeod, who will take on 10 volunteers with a range of psychological issues to help them learn how to thrive through hardship. This project is written, directed and produced by Duy Huynh (Sexy Herpes), produced by Andrew Kelly (Sexy Herpes) and executive produced by Mitzi Goldman (Backtrack Boys) and Michael Collins (Give Up Tomorrow). How To Thrive is financed with support from the Ryan Cooper Foundation, the Maitri Foundation, Paradice Foundation, and philanthropy via Documentary Australia Foundation.
Kutcha’s Carpool Koorioke Season 2: A 10-part second series for online and television from Tamarind Tree Productions and Brown Cabs, featuring acclaimed Mutti Mutti songman Kutcha Edwards and his carpool passengers as they go on a musical journey through Wurundjeri country – the inner Melbourne suburb of Fitzroy. The new season will feature icon Uncle Jack Charles and a host of Indigenous performers young and old. The series is written, directed and produced by John Harvey (Spear) and produced by Anna Grieve (Looky Looky Here Comes Cooky). This project is financed with support from NITV, Telematics Trust and the City of Yarra.

Sharko: A feature documentary from writer, director and producer Luke Graham (Broke) who seeks to learn about his enigmatic rugby league star father, Mark ‘Sharko’ Graham and uncover the cost of greatness. Sharko is also produced by Kylie Pascoe (The Art of Incarceration) and Jonathan Page (Buoyancy) and executive produced by Jonathan Shteinman (Brabham). This project is developed with support from Screen Queensland.

Prisoner X: A feature documentary about an unnamed Australian man, known only as “prisoner X”, who was arrested and died in an Israeli prison. The film explores the emotional, personal and political fallout of his story. The creative team features co-directors Hilla Medalia (Dancing in Jaffa) and Tony Krawitz (The Tall Man), producers Medalia, Gal Greenspan (Scaffolding), and co-producers Tom Lee Zigelman (The Other Story) and Katy Roberts (The Front). The film is an Israeli-Australian co-production between Medalia Productions and Sweetshop & Green.

STANDING ON THE SOiLUTION (Working Title): A feature documentary from Wildbear Entertainment in association with New Town Films featuring acclaimed actor and director Rachel Ward (Beautiful Kate). Besieged by drought, bushfires and ecological despair, Ward finds hope in the soil beneath her feet and embarks on a journey of discovery to regenerate the land on her farm, and herself. The creative team features writer/producers Bettina Dalton (Playing with Sharks) and Rachel Ward, and co-director Ljudan Michaelis-Thorpe (Around The Campfire). The executive producers are Alan Erson (Playing with Sharks) and, for Regen Studios, Damon Gameau (2040) and Anna Kaplan (2040). This project has been developed with the assistance of Screen NSW.
The Secret World of Fungi: A 45-minute documentary for IMAX that unravels the great mysteries of some of the strangest organisms on the planet – fungi. Acclaimed British biologist, Dr Merlin Sheldrake looks at how these incredible lifeforms may hold the key to solving some of humanity’s most urgent problems. This project is written by Catherine Marciniak (Who Do You Think You Are?), Joseph Nizeti (River) and Paul Phelan (Turtle Odyssey 3D) and directed by Gisela Kaufmann (Shark Girl) and Phelan. It is produced by Jo-anne McGowan (Mountain), Jennifer Peedom (Mountain) and David Gross (Turtle Odyssey 3D).

UNHEARD: A six-part investigative documentary series from LADbible Australia Originals about racial injustice in Australia. UNHEARD will feature first-hand stories of people who have lived through the impacts of systemic racism, shine a light on pleas for equality and gain insight from experts and organisations fighting against racial injustice. Creator, writer and producer Shahn Devendran (MTV) is joined by writer/director/producers Daniel Mansour (The Final Word), Luke Cornish (Alone Out Here), Jack Steele (Between Two Lines) and Ellen Dedes-Vallas, and writer/directors Olivia Suleimon and Cathy Vu.

Who I Am: A 30-minute documentary about a transgender teen who’s on the Autism Spectrum, who learns to stand up for himself and find the support he needs with the help of his own original animated characters, called The Fallens. Who I Am is written, directed and produced by Naomi Ball and produced by David Elliot-Jones who received funding for their documentary Searching for the Tassie Tiger through Screen Australia and VICE’s Pitch Australiana initiative last year. They are joined by producer Cadance Bell (The Rainbow Passage). This project is financed with support from the Doc Edge Rei Foundation Film Fund and philanthropy via Documentary Australia Foundation.