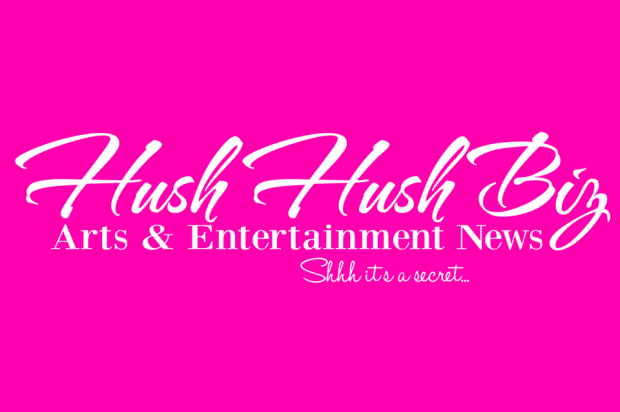 Screen Australia today announced that $560,000 will be allocated to support 17 single-draft screen projects selected from applications received through its Development program in the last three months. In addition, four emerging filmmakers will receive support through the Talent Escalator program.

Screen Australia’s Creative Director, Veronica Gleeson, said, “From Neolithic crime to Muslim comedy, we’re delighted to support a range of projects from expert practitioners and talent on the rise. The diversity of storytelling ambition is impressive, as is the shared aim of making meaningful contact with audiences.

“We are also very pleased to continue our support for talent development in assisting four promising filmmakers to advance their directorial skills.”

Development investment will be given to eight new projects: Bronze, Lost Cat, The Death and Life of Otto Bloom, Shadow Warrior, Wake with Me, Taboo, The Other Side of the World and The Children, along with continued support to nine other titles.

Bronze is a boldly conceived detective drama set between Neolithic Scandinavia and contemporary Australia, written and produced by Felicity Packard, Peter Gawler andGreg Haddrick. It is the second project to receive funding through the High-end Television Development program.

Bestselling comic memoir Lost Cat will be adapted by writer/producer Andy Cox and produced by Julie Byrne and The Babadook’s Kristian Moliere. The story by Caroline Paul follows what happens when Katherine and Annie decide to use a GPS tracker to solve the mystery of their disappearing, reappearing San Franciscan cat. Not just a story for pet lovers, but anyone who has ever done anything desperate for love.

Mary and Max producer Melanie Coombs teams with Alicia Brown and Mish Armstrong to develop The Death and Life of Otto Bloom. A vividly imagined fictional documentary about a man who experiences time in reverse by writer/director Cris Jones, the mystery drama has Xavier Samuel attached to play the lead.

In the supernatural comedy Wake with Me, a pair of unlikely soul mates meet for the first time the night they get engaged – to other people. Each morning from then on they wake up together, no matter where they’ve slept the night before. The film is written byJoshua Taylor, produced by Goalpost’s Lauren Edwards and Rosemary Blight and will be directed by Maia Horniak.

Bentley Dean, Martin Butler and Master and Commander’s John Collee have pennedTaboo, a drama which will be produced and directed by Bentley Dean and Martin Butler and also produced by Carolyn Johnson. The film is a ground-breaking glimpse into life, love, war and peace on the Island of Tanna, one of the last tribal societies on earth.

Cannes Short Film Palme d’Or finalist Sam Holst will work with emerging talent Danielle Harris on The Other Side of the World. The project will be an exciting collaboration between producer Michael Cody and Zentropa’s Katja Adomeit, which will explore the story of young European couple Rene and Nadine, who suffer a sudden trauma while travelling that throws their relationship into chaos.

Continuing on from the success of The Turning short starring Rose Byrne, writer/directorClaire McCarthy will adapt contemporary drama The Children. Based on the novel by Charlotte Wood, the film is about a hard-bitten war correspondent who reluctantly returns home to Australia only to discover that some of the most challenging stories are located within her own family. Sue Taylor and Tenille Kennedy will produce the film.

The Sapphires’ Wayne Blair returns to Australian soil to helm Ali’s Wedding, a comedy byOsamah Sami and Andrew Knight about the son of a Muslim cleric who sets off a catastrophic chain of events after telling a reckless lie, and finds himself caught between his sense of duty to his family and following his heart. Sheila Jayadev and Helen Panckhurst will produce the film under the Matchbox banner.

THE CHILDREN
Genre Family Drama
Producers Sue Taylor, Tenille Kennedy
Writer/Director Claire McCarthy
Synopsis Hard-bitten war correspondent, Mandy Connelly, reluctantly returns home to Australia only to discover that some of the most challenging stories are found within her own family.

THE DEATH AND LIFE OF OTTO BLOOM
Genre Mystery
Producers Melanie Coombs, Alicia Brown, Mish Armstrong
Writer/Director Cris Jones
Cast Xavier Samuel
Synopsis A fictional documentary about a man who experiences time in reverse, and his impact on the world around him as he passes backwards through the years.

LOST CAT
Genre Comedy Romance
Producers Julie Byrne, Andy Cox, Kristian Moliere
Writer Andy Cox
Synopsis When Katherine’s cat, Tibby, disappears and then returns sleeker and healthier than before, Katherine’s world is turned upside down sending her on a cat’s-eye-view-of-the-world adventure with new lover, Annie. Based on the comic memoir by Caroline Paul and illustrated by Wendy MacNaughton.

NEIGHBOURHOOD WATCH
Genre Comedy, Drama
Producer Marian Macgowan
Director Gillian Armstrong
Writer Lally Katz
Synopsis Cathy, a 27-year-old woman with a secret heartbreak, is lost until she meets her neighbour Anna, a cantankerous 80-year-old Hungarian woman, equally crippled by history. They begin a friendship that will ultimately save them both.

THE OTHER SIDE OF THE WORLD
Genre Drama
Producers Michael Cody, Katja Adomeit
Director Sam Holst
Writers Sam Holst, Danielle Harris
Synopsis Rene and Nadine – a young European couple travelling on the other side of the world – suffer a sudden trauma that throws their relationship into chaos. But far away from home, it is each other they will need most in order to survive.

WAKE WITH ME
Genre Romantic Comedy
Producers Lauren Edwards, Rosemary Blight
Director Maia Horniak
Writer Joshua Taylor
Synopsis A pair of unlikely and seemingly incompatible soul mates meet for the first time on the night they get engaged to other people. Each morning from then on, they magically wake up together, no matter where they had gone to bed the night before.

Director Martha Goddard will be attached to director Jocelyn Moorhouse (Proof, How to Make an American Quilt) on her next feature The Dressmaker, which started shooting this week.

Animation director Simon Cottee will spend 10 months in Montreal working under the guidance of director and animator Malcolm Sutherland across the development and production of his commercial and short film slate.

Director Goran Stolevski will be attached to director Alister Grierson (Kokoda, Sanctum)on the second series of Nowhere Boys, which started shooting in July.