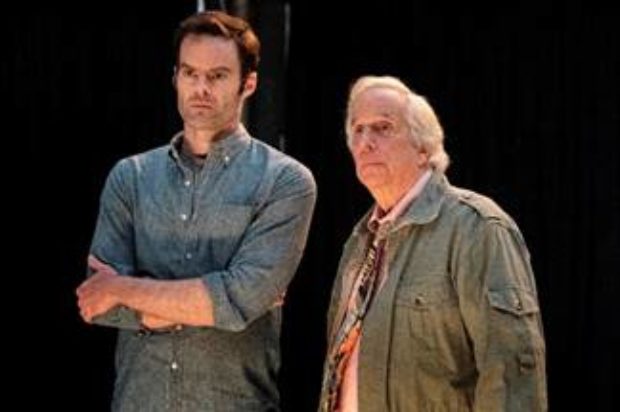 Stream new episodes every week on Foxtel
Starts Tuesday, April 2 at 8.00pm AEDT
Express from the US

The hit comedy series Barry, starring Emmy Award winners Bill Hader and Henry Winkler, returns for a killer second season on Foxtel, with new episodes streaming every week from Tuesday, April 2 and also available to watch on FOX SHOWCASE on Tuesdays at 8.00pm, express from the US.

The dark comedy featuring Hader (Saturday Night Live, Trainwreck), who also created and executive produced the series along with Alec Berg (Silicon Valley), focuses on a depressed, low-rent hitman from the Midwest (Hader) who finds salvation in a community theatre group and his acting teacher, played by Henry Winkler.

In season one, Barry’s handler, Fuches (Stephen Root), hires Barry out to the deeply violent Chechen mob in Los Angeles, led by Goran Pazar (Glenn Fleshler). Barry’s target: an aspiring actor having an affair with Pazar’s wife. Barry follows his target into an acting class taught by beloved teacher/guru Gene Cousineau (Winkler), and Barry is instantly drawn to the group of acting students, particularly Sally (Sarah Goldberg). Barry wants to start a new life in this community of eager hopefuls, but his criminal past won’t let him walk away. Can he find a way to balance the two worlds?

For viewers wanting to catch up on the first season of Barry every episode is currently available to stream through Foxtel On Demand on internet-connected iQ set-top-boxes and on streaming service Foxtel Now.