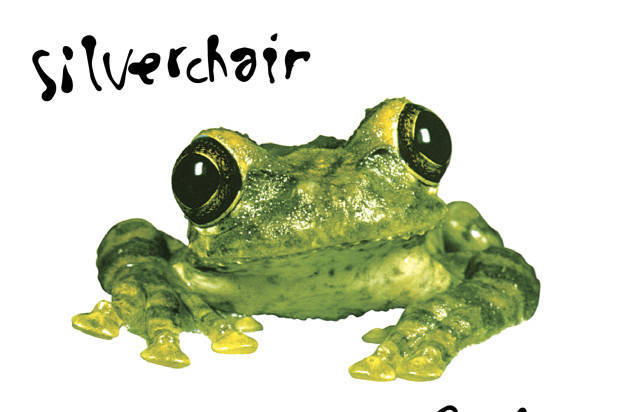 Sony Music Entertainment Australia is proud to announce the release of the 20th Anniversary remastered edition of silverchair’s history making debut album frogstomp. The album will be re-released as the following packages – as a single CD, a 2CD/DVD deluxe set, 180 gram yellow vinyl as well as digitally on Friday March 27th 2015, which is exactly 20 years to the day since the initial Australian album release date.

Formed in the industrial town of Newcastle at the age of just 14, silverchair (Daniel Johns, guitars and vocals; Ben Gillies, drums; Chris Joannou, bass) saw their debut single ‘Tomorrow’ become the nation’s number one song on October 24th 1994. The track went on to remain at the top of the ARIA Singles Chart for the next 6 weeks.

Then in April 1995, frogstomp became the first debut album by an Australian artist to enter the national ARIA Album Chart at number one – the first of five #1 albums for the band. Within a week of release frogstomp was certified platinum and remained in the top position on the ARIA album charts for the next three weeks. During this time the album was certified double platinum. By the end of 1995 the album was certified triple platinum and to date has sold over 400,000 units (5 x platinum) in Australia alone.

The album frogstomp was not only embraced by their ever growing fan base, but also by the Australian music industry and their peers and earned the band their first 5 ARIA Awards. They received a total of 19 ARIA Awards throughout their career, which is more than any other Australian artist in history.

The massive success story continued internationally when frogstomp was released in the United States on June 20th, 1995. This was just one day before the band’s North American live debut at the Roxy Theatre in Atlanta, GA. ‘Tomorrow’ went on to top the Billboard Alternative and Rock Airplay charts and with heavy MTV airplay for the song’s video, directed by Mark Pellington, frogstomp was certified Gold within two months of its US release. The second radio single, ‘Pure Massacre’, and its accompanying video clip by Peter Christopherson, combined with silverchair’s extensive touring, took the album to platinum sales by November (over 1 Million recorded US sales). frogstomp peaked at No. 9 on the US Billboard Top 200 Albums and remained on the chart for 49 consecutive weeks. The album has since gone double platinum in America selling over 2 million units.

“These young Aussies are masters of sonic sculpture” wrote Musician magazine at the time, “deftly using feedback and distortion to build vast cathedrals of sound of their bar-chord riffs and lean, catchy choruses”.

Along with the standard remastered 1CD release, the album will also be available as a special fold out Digi-Pack Deluxe Edition that features 2CD’s and a DVD. This version contains a limited edition embossed cover, original remastered album, rarities disc, music videos and a live concert from the Cambridge Hotel in Newcastle recorded in 1995. The Deluxe Edition also includes rare original photographs of the band taken by Tony Mott and special liner notes from Craig Mathieson.

frogstomp remains a stunning debut album, having to date sold over four million copies worldwide, and remains an early indication of the even greater success yet to come for these fine young Australian musicians.