Adam Brand is one of the top National and International artist in our music industry who has achieved so much since kicking off his first album in 1997. At the 1999 CMAA awards, Brand won three Golden Guitars; Song of the Year, New Talent of the Year and Video of the Year. The album was nominated for ARIA Award for Best Country Album at the 1999 ARIA Music Awards Brand won the ‘Johnny O’Keefe Encouragement Award’ at the Mo Awards in July 1999. The growth in the industry has been amazing with continued wins in music and also won Dancing with the stars in 2009.

In July 2018, Brand celebrated 20 years since the release of his debut album releasing a compilation album titled Milestones… 20 Years. The album debuted at number 6 on the ARIA charts, becoming his highest charting compilation album. In September 2018 Brand joined Scott Darlow, Sarah McLeod, Jack Jones, and Todd Hunter to re-record the Dragon song “Rain” with all net proceeds from the sale to go towards to the Buy-a-bale program in support of Australian farmers suffering from the Australian drought. We are delighted that he is our spotlight this month.

1. Born in Perth to Italian parents what age did you know you were wanting to be a musician and who inspired you back then?

I was 4 years old and watching my dad and my uncles band, I thought my Uncle Sam was the coolest.. he played drums

2. What was your first job and paycheck?

The first job was a paper round delivering the Geelong news earning 5.80 a week.

3. With the journey back 20 years ago in getting your first award in music who were the main people who guided you back then? It was my first manager Graham….Bob Aird from Rondor publishing who gave me my first publishing deal… Rob Potts and Marius Ells who started booking me… it was a small but great team.

4. When you are writing for a new album what is the process for you, and how long do you give yourself to work on this or who with?

I start by messaging my friends who I song write with usually because I want to hear some new music and feel inspired. This can be as much as a full year before the album gets released…

5. What has been maybe the biggest highlight for you so far in your life, and challenges combined?

Too many highlights to single one out. The best challenge though…. is this rollercoaster we call life…what a hell of a ride!

6. To keep the energy and pace of touring and in general the biz side how do you keep fit and look so good?

I think by following pretty basic principals is the key to staying healthy when you are busy. A big one for singers is staying hydrated… good old water is the key. Eating healthy,sleep,not drinking in excess…

7 What would be the three main points of advice you would give to an emerging artist?

1-surround yourself with great people…ones that will be honest and not just tell you what you want to hear. 2-don’t choose this path if you think it’s a fast track to fame and fortune, it’s a journey that needs constant hard work if you want it to last. 3- be sincere, real and act with dignity…. standing on stage and singing for people who pay money to be there is not your God-given right…it’s a privilege. 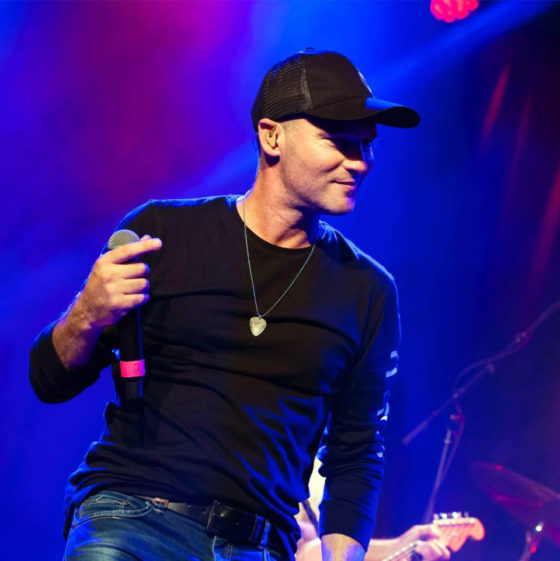 8. If you had a wish list of bringing together on stage some of the most famous musicians to record with who would they be?

It may sound funny but I actually don’t have a wish list like that. I’ve recorded with musicians from all walks of life and still feel some of the most talented musicians on the planet live right here in Australia.

9. Looking back to you carer in achieving all that you have is there anything you would change? At the time I probably wanted to change things, but as you get older you realize some of your mistakes become your greatest assets because you learn your lessons from them. 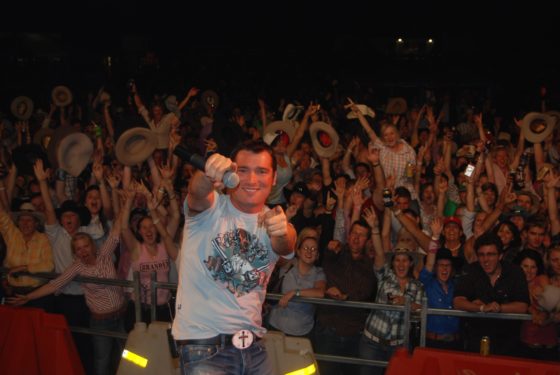 10. What desires do you have aimed for you personally and in music in the next 5 years?

To always love what I’m doing…doing things because I want to and not because I have to.