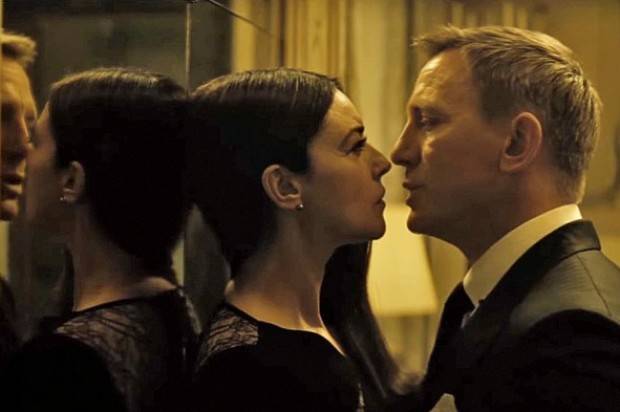 Following on from something as high caliber as ‘Skyfall’, the latest 007 outing ‘Spectre’ was always going to arrive with a certain air of expectation, and in comparing the two ‘Spectre’ unfortunately pales in comparison. That’s not to say it’s all out a terrible film however as there’s enough staged action, spectacularly shot locations, dry humour, glamourous women, and impressive technology to hold its own amongst the plethora of fellow Bond adventures – it just unfortunately feels all a bit too ordinary.

It starts off promisingly enough though with a visually extravagant pre-credit set piece that tracks James Bond (Daniel Craig) through a Day of the Dead festival in Mexico City in a single, yet complex, shot that follows him, tailored suit and all, as he momentarily disrupts a typical anonymous liaison to assassinate a mysterious figure he believes holds a piece of the puzzle surrounding his shrouded past. The octopus insignia ring he pries from the lifeless hands of said adversary ties him to the titular terrorist organization, one that claims responsibility for all of Bond’s past affairs – both personal and professional. Whilst screenwriters John Logan and Neal Purvis deserve credit for their attempt to link critical elements from the trio of past Craig-lead Bond films (‘Casino Royale’, ‘Quantum of Solace’, ‘Skyfall’) into ‘Spectre’, it sadly undermines the great work that was put forward with ‘Skyfall’ villain Silva (as played so extraordinarily by Javier Bardem) and feels more like a rushed afterthought than a carefully calculated arc that had been devised from ‘Casino Royale’s inception.

With Daniel Craig once again slipping effortlessly into the impeccably attired creation that is Bond, one would be forgiven for assuming his enviably fit appearance and sly cheekiness would be enough to pick up the film’s shortcomings, and as expected the star does his best to keep ‘Spectre’ afloat but it isn’t enough for a film that sadly underutilizes both its female cast and its top-tier villain – two elements so crucial within the Bond universe. Naomie Harris’ Moneypenny barely registers, Monica Bellucci (ravishing as expected) is relegated to little more than an extended cameo, and Lea Seydoux’s role is far too thinly written for her character to make the kind of impact she apparently has on Bond; it doesn’t help matters either that Seydoux’s perennial scowl feels more suited to a femme fatale than a deep-seated love interest. And then there’s the much-hyped appearance of Christoph Waltz as the shadowy Hans Oberhauser, the supposed villain to end all villains, who the film sets up as the mastermind behind all of Bond’s pain. Waltz feels tailor-made for the role (at least on paper) but tragically is sidelined for a hefty portion of the film’s 150 minute running time, and by the time he is officially introduced the film feels ready to wrap itself up; matters aren’t assisted either by the obvious direction the script guides his character towards.

Evidently ‘Spectre’ is far from a perfect film but there’s a certain obligation towards this series that audiences have that make this 24th Bond exploit somewhat of a cinematic necessity. I have no doubt in my mind that the infamous Sony hack that took place earlier in the year (if you aren’t aware of this event, Google will help) played greatly on the overall quality of ‘Spectre’ as its first half is infinitely stronger than its latter, and when you get right down to it an average Bond film is still better than most run-of-the-mill action films we are subjected to. Daniel Craig has made his opinions clear on how he feels about returning for ‘Bond 25’ (again, Google will help with this) and if this is his swan song, he at least exits with a film that has neatly wrapped up his quartet of 007 adventures. We have been promised that “Bond will return”, and with that comes not only the question of who will embody him, but how can they lift themselves out of the temporary funk that is this sadly underwhelming film.