country rock singers mama said music release videos never give up S Spotlight on Be Ransom by Caroline Russo | on September 18, 2020 | 0 comments | in Entertainment | Like it 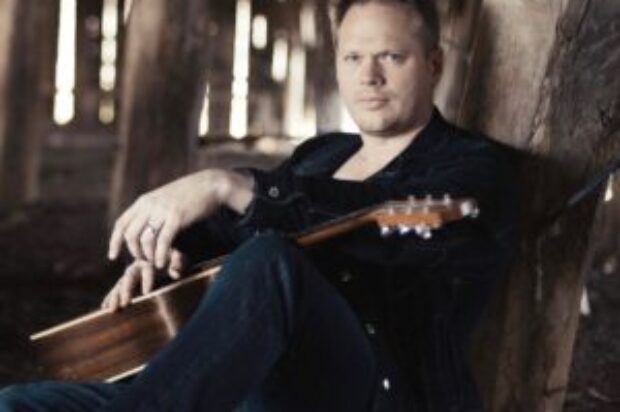 Ben Ransom has released his new single ‘Mamma Said’ and while you’ll have to listen to find out exactly what his mamma said, there’s no doubt that she taught him how to deliver a roaring country track. It follows the success of his last single ‘Night After Night’ – the first single released from his forthcoming album – which reached #2 on both the iTunes Country Singles chart and the Country Tracks Top 40 chart, spending 17 weeks in the latter. Great to catch up with Ben and find out a bit more on him.

1..What attracted you first up to music as a young boy and what was your first guitar?

I love music, the feeling of it and the emotions it can generate. I’ve always loved singing and dancing around, it’s something that is in you. My first guitar (that I bought myself) was a cheap electric guitar ($200) which I had saved all my pocket money for… Before that, it was a beat up old acoustic guitar from a garage sale that Dad had lying around…we actually played drums on it more that strumming it! Hahaha.

2..What was your first job you ever had and what type of work did you do while performing in the early days?

My first job was working at Big W in the garden department… I had three jobs while I was at Uni and always kept music on the side…that was until I moved to London.

3..When you in London what was it like and how did it influence you?

Such an amazing experience picking up and leaving Australia to broaden my horizons. I believe travelling and seeing the world is something everyone needs to do. I got my first gig after 3 months in London, after which the doors opened and I was able to get regular shows throughout the UK. The crowds were amazing! It was such a party atmosphere that it was like a B&S ball every night! I like to think I cut my teeth there.

4..Signing up you first recording album how did that happen for you?

When I came back from overseas, I had a collection of songs I’d been writing which I really wanted to record. I had no producer, guidance, or idea really of how to release songs the right way, I kind of just fumbled through it all. It was during those sessions I met a guy that ran his own independent A&R company…he set me on the right path and plugged me in to the pipeline.

5..When Slow BURN become a success in 2013  and with all the doors opening who was your best guide then?

Before recording the debut album I took myself off to the CMAA Academy Of Country Music… which you can more or less say was the beginning of really sinking my teeth in to the industry and starting to make a name for myself.

6..Tell us about your latest song Mama Said where did this get written and why?

I love this song! I was cruising down the highway thinking ‘how is it we get as far through life as we do? With everything that can possibly go wrong, how do we make it this far…is it fate, luck, or the lessons our parents instilled upon us… this is how the premise of the song started.

7..We love your music video Mama Said tell us about the shoot?

Hahaha… what a fun shoot that was. It was me and about 150 ‘me’s’ because I was the only person in the shoot…so I played every character. Born out of necessity as I was in the middle of lockdown and had no one else to be in the clip. With such a technical shoot there wasn’t much room for error, so 20 mins in to the first scene, we thought ‘ oh no, what have we got ourselves in to?!..’ but luckily we were able to get it together!

8..The Covid 19 has hit the industry in such a dramatic way what has it been like for yourself and others in your circles?

Definitely a crazy time! But, I’ve been as busy as ever… I’ve got all the singles lined up ready to go, videos in the works, I’ve released my own line of ‘beef-Jerky’ and I’m writing for the next project. All this plus I’ve been working a day job in a hospital to keep the cash flowing. Having said that, I’m desperately missing the live performances and the energy of the gigs…can’t wait to hit the stage again.

9..What advice do you give now days to anyone starting up?

10..If you were given a wish to come true what would that be right now?

A multi-platinum album and international tour to back it up!