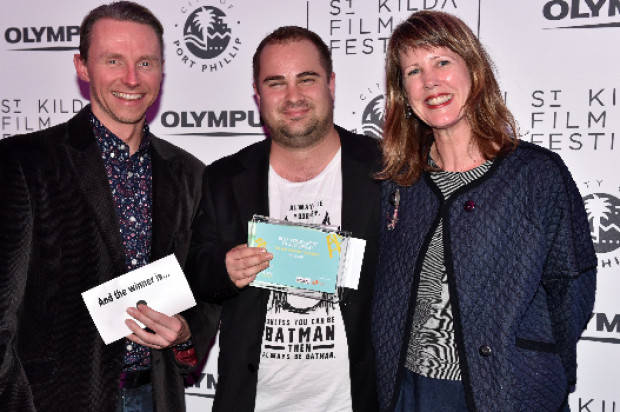 Held at the St Kilda Town Hall and proudly presented by the City of Port Phillip, 23 awards were announced with a prize pool of more than $50,000 worth of cash and prizes.

From an increasingly competitive field of entrants, Best Director was awarded to Erin Good for The Wonderful and Best Actor taken out by Nicholas Denton for his stellar performance in Rabbit. Bunny New Girl went home with Best Comedy, and the Craft Award was given to Grey Bull. The 32nd St Kilda Film Festival has now drawn to a close with Festival Director Paul Harris proud to provide the most comprehensive overview of the national short film industry.

Audience Award
“Every man knows his plague; and you are mine” – Tiny Little Houses
Director Jordan Bond
Producer Jarrod Theodore