STAFFORD BROTHERS WHEN YOU FEEL THIS FEAT. JAY SEAN 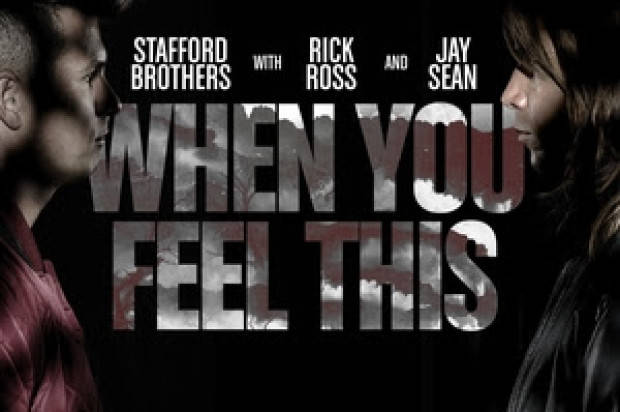 The Stafford Brothers are the hottest Australian EDM export to hit the United States. Having been ranked the #1 DJ’s in their homeland (ITM Awards, 3 years running) as well as ranking in the 2014 DJ Mag Top 100, brothers Matt & Chris Stafford made their way to the West Coast, now residing in the Hollywood Hills of LA.

Shortly following they were the first ever electronic act signed to Cash Money Records and released their debut single with the label, ‘Hello’ featuring Lil Wayne and Christina Milian. ‘Hello’, still in its early stages of Australian release hit double platinum selling status reaching #4 on the official singles chart and #1 on iTunes (Dance) sitting inside of the top 5 most played tracks on radio and gaining a nomination for ARIA “Song of the Year”.

Fast forward to 2015 and the Stafford Brothers are now lining up their next release featuring Rick Ross & Jay Sean titled “When You Feel This”. Jay Sean is a singer songwriter famous for his hits ‘Down’, a #1 hit in the US, and ‘Do You Remember’ which went 6xPlatinum and platinum in the US respectively.