Stan STREAMING ON STAN the bold type by Caroline Russo | on February 13, 2019 | 0 comments | in Entertainment | Like it 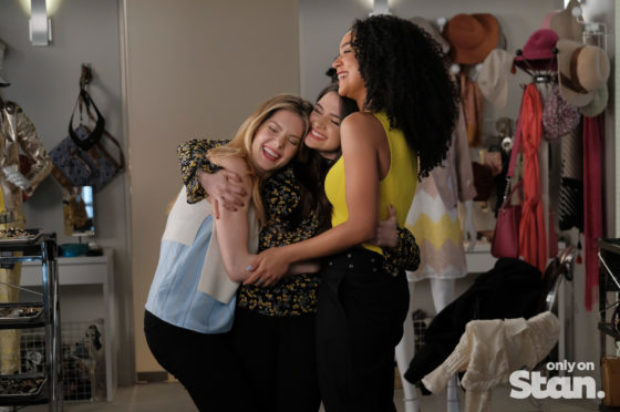 The latest headline from Scarlet Magazine: THE BOLD TYPE returns to Stan for a third season on Wednesday, April 10.

Picking up right after the heartbreak, romance and uncertainty from the Season Two finale in Paris, THE BOLD TYPE is back in New York City where Jane, Kat and Sutton are all dealing with the aftermath of some major decisions. Meanwhile, Scarlet Magazine is undergoing some changes, with new staffers brought on board who are bound to ruffle some feathers.
Throughout the new season, the trio will continue to push the boundaries of what it means to be young women juggling careers and love lives while embracing their identities. The series also continues to explore important issues, both political and personal, such as workplace harassment, female reproductive rights, data hacking and racial profiling, among others.
THE BOLD TYPE stars Katie Stevens, Aisha Dee, Meghann Fahy, Sam Page, Matt Ward, Stephen Conrad Moore and Melora Hardin as Jacqueline Carlyle. Season Three of THE BOLD TYPE is executive produced by Amanda Lasher, Joanna Coles, Ruben Fleischer, David Bernad, Matt McGuinness, Becky Hartman Edwards and Victor Nelli, Jr. The series is produced by Universal Television in association with The District.
Season Three of THE BOLD TYPE premieres April 10 exclusively on Stan with new episodes weekly, same day as the U.S.