STAN UNVEILS TRAILER FOR I AM THE NIGHT 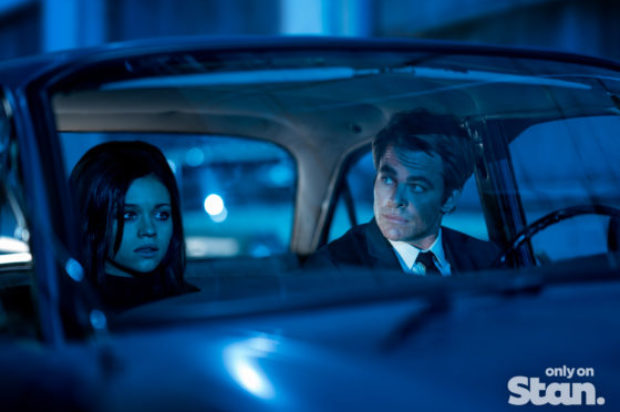 I AM THE NIGHT will premiere on Stan on January 29 with new episodes weekly, same day as the U.S.

The series, which is inspired by true events, tells the gripping story of Fauna Hodel (Eisley), a teenage girl who is given away at birth, and grows up outside of Reno, Nevada. Fauna lives more-or-less comfortably with the mysteries of her origin, until one day she makes a discovery that leads her to question everything. As Fauna begins to investigate the secrets of her past, she meets a ruined reporter (Pine), haunted by the case that undid him. Together they follow a sinister trail that swirls ever closer to an infamous Los Angeles gynaecologist, Dr. George Hodel (Mays), a man involved in some of Hollywood’s darkest debauchery, and possibly, its most infamous unsolved crime.

Jenkins directs I Am the Night, which is written by Sam Sheridan. The series is produced by Turner’s Studio T, with Jenkins, Michael Sugar (13 Reasons Why, Spotlight), Pine and Sheridan serving as executive producers. Carl Franklin (House of Cards, Homeland) and Victoria Mahoney (Claws) each direct two episodes.

This highly anticipated show comes to Stan as part of a new deal expanding the long-term partnership with Turner. Stan is already the streaming home of Turner’s Cartoon Network in Australia.

I AM THE NIGHT will premiere on Stan on January 29