Synthony ‘One Night Only’ epic outdoor show at Riverstage on Saturday 29th May!

#brisbaneevents one night only RIVERSTAGE by Caroline Russo | on February 12, 2021 | 0 comments | in Concerts | Like it The sell-out success, Synthony, returns to Brisbane for a ‘One Night Only’ epic outdoor show at Riverstage on Saturday 29th May!

The ultimate celebration of the last 30 years of dance music, Synthony is a unique collaboration between Orchestra, DJs, live vocalists and feature musicians.

Miss Connie (Sneaky Sound System) – ‘Pictures,’ ‘I Love It,’ ‘UFO,’ ‘Kansas City’ and more..
Ilan Kidron (The Potbelleez) – ‘Don’t Hold Back,’ ‘Hello,’ ‘Junkyard’ and more..
Greg Gould, Ella Monnery + more to be announced..
Hosted by: Mobin Master – ‘Show Me Love,’ ‘Get Away with It,’ ‘Lights Out’ and more..
Support by: Andy Van (Madison Avenue // Super Disco Club) and Mark Dynamix

It’s no secret that 2020 has been a tumultuous rollercoaster for event promoters. The Synthony tour was due to be announced just days before New Zealand went into Level 4 lockdown and the future of the tour all of a sudden became awfully uncertain. Shows across Australia, Asia, and the U.S were in the pipeline for 2020. Months of preparation and negotiations with artists, venues and sponsors were all dashed and the team behind Synthony, had to rebuild the program all over again. 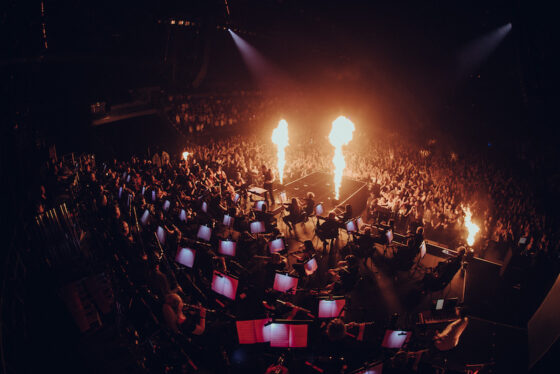 Eager dance music fans around Brisbane will have one hand in the air and one hand on the mouse, hovering over the ‘Buy Tickets’ button as the tickets are released on: Friday 19th February, 11am AEST. With a ‘One Night Only’ show and restricted numbers, fans will need to get in quickly to secure their spot.

Guests are urged register for the pre-sale at: www.synthony.com