Cara Delevinge MARK RONSON Monoco party TAG HEUER by Caroline Russo | on May 24, 2015 | 0 comments | in Lifestyle | Like it The history of TAG Heuer is closely linked with the Automobile Club of Monaco. From Juan Manuel Fangio to Fernando Alonso and Jenson Button, the greatest motorsport champions have all played their part in the TAG Heuer legend. It’s the same for all motorsport races but the highlight is the most prestigious race and one of the oldest motor races in the world: The iconic Monaco Grand Prix. At this circuit, TAG Heuer occupies its own very special place, written in the great annals of history. 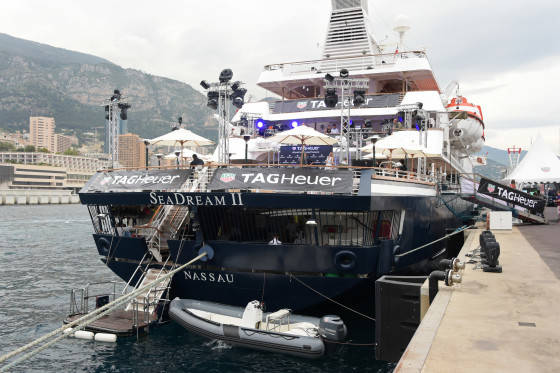 MONACO – MAY 23: A general view of the atmosphere at the TAG Heuer Monaco Party on May 23, 2015 in Monaco, Monaco. (Photo by David M. Benett/Getty Images for TAG Heuer) The night before the race, it was on-board the SeaDream, which was moored in the Principality’s harbour and decked out in brand colours, that Jean-Claude Biver, President of the LVMH Group Watch Division and CEO of TAG Heuer, welcomed guests of the brand to a cool and exclusive party: new brand ambassador Cara Delevingne (who also started the Grand Prix as a “Grid Girl”), Fernando Alonso and the McLaren-Honda Team, the team with which TAG Heuer is celebrating 30 years of partnership this year– the longest partnership in F1, which in itself is very symbolic – and also Mark Ronson as DJ… All of this in a coolly relaxed atmosphere to celebrate the unique history of TAG Heuer with motorsport and in particular with the ACM, the iconic organiser of the Grand Prix, an institution which in 2015 is itself celebrating its 125th anniversary. 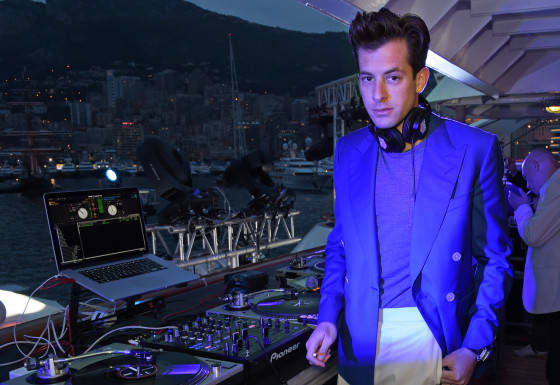 Jean-Claude Biver, President of the LVMH Group Watch Division and CEO of TAG Heuer, said: “Sport is emotion, it is success, joy, hope, endurance, performance. All the qualities that are also found in a TAG Heuer watch. And to be completed: Swiss Avant Garde since 1860 is our slogan. It’s a state of mind that drives us, today more than ever, to be disruptive, connected to the future, high-tech, young and dynamic. Our activity in Monaco brings together all these ingredients, those of a luxury brand which has all the hallmarks of a high-end product, but one which is still accessible.

TAG Heuer watches – New for 2015 – taking centre stage over the weekend:
– The McLaren Formula 1 “30th anniversary of partnership” special edition
– The “Ayrton Senna” Chrono special editions with the famous “Legend” steel bracelet
– The “Cara Delevingne” special editions to give the weekend a touch of glamour,
– The Carrera Heuer-01 manufacture chronograph, the symbol of a new generation,
– and, since we’re by the sea, the all new Aquaracer 300M. To understand the bond between watchmaking and motor racing, it’s TAG Heuer that you have to look to. The brand has built, consolidated and driven forward this bond to an unprecedented level of performance, with the creation of chronographs which have pushed the boundaries of chronometric accuracy – 1/10th, 1/100th, 1/1,000th and 5/10,000th of a second.

A look back over time

In 1911, the ACM created the Monte-Carlo Rally, the very first motor sport event organised across Europe. The Rally was not only designed to prove that steam or petrol cars could cross Europe in the middle of winter, but also to put the spotlight on the Rally’s final destination – the famous gambling capital, Monte-Carlo. That same year, TAG Heuer unveiled the Time of Trip, the first 12-hour chronograph specially designed for car dashboards and aeroplane instrument panels. Another new development came in 1916 with the launch of the first chronograph which could measure to within 1/100th of a second. In 1929, the ACM was once again at the forefront of innovation when it organised for the first time in automobile history a Formula 1 Grand Prix in the heart of a city. Seventy years later, the ACM was to organise the first Monte-Carlo Rally for New Energy Vehicles as part of the partnership between the ACM and TAG Heuer. But it’s the Monaco Grand Prix which is still the main event of the year.

1969: TAG Heuer is the first watchmaking brand to sponsor a professional driver, Jo Siffert.
1971: A TAG Heuer watch shared top billing with Steve McQueen on the poster for the film Le Mans.
1971-1979: TAG Heuer is the 1st watchmaker affiliated to a Grand Prix team, the Scuderia Ferrari team.
1985 to date: Over the course of their 30 year partnership, the longest in Formula 1 history, TAG Heuer and McLaren have clocked up the most number of Monaco wins (15).
1992-2003: Official Timekeeper of Formula 1 – 1/1,000 of a second.
2004-2006 and since 2014: Official Timekeeper of the Indy Racing League and the legendary Indianapolis 500 – 1/10,000 of a second.
2011 to date: Official Partner of the Monaco Grand Prix with the Automobile Club of Monaco.
Since 2014: Official Timekeeper of Formula E, the first Championship for fully electrically powered single-seater cars. Since 2015: Official Timekeeper and Official Watch of Nissan Motorsport, the 24 Hours of Le Mans and the World Endurance Championship.

About TAG HEUER
TAG Heuer, the avant-garde of Swiss watchmaking since 1860. Ever since, TAG Heuer has been striving to push the boundaries further, inventing breathtaking timepieces for those who love to defy convention. This technical expertise was harnessed at a very early stage for achieving extreme accuracy in time control. Long-standing partnerships with motor racing, champions, artists and charismatic ambassadors reflect the teamwork, courage and taste for challenge which drive TAG Heuer to go beyond the traditions of the watchmaking industry. The brand’s identity “Swiss Avant-Garde since 1860” is closely bound with its founding principle of non-conformism . Its slogan #Dontcrackunderpressure is so much more than just a statement: it’s a state of mind.