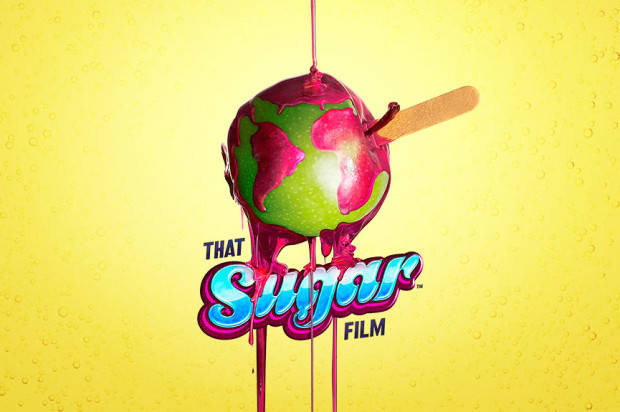 Maybe I am not qualified to review this movie, as I fell asleep half way through, but I will dip my oar in anyway.
That Sugar Film, in the tradition of Morgan Spurlock’s Super Size Me, takes on a demon food, in this case sugar, and launches a Nuremberg style case against it.

Australian actor Damon Gameau, who is a very hip sort of fellow with a hip girlfriend Zoe Tuckwell-Smith (TV’s Winners and Losers) and a no doubt hip kid on the way, is aptly qualified to prosecute a food villain.
It seems that sugar, like fat, salt and arsenic, is not one of the best substances to ingest.

Apparently, if you eat somewhere in the region of 40 spoonful of the stuff every day for 60 days it is going to mess with your liver, make you fat and turn your brain into sponge.

Sounds reasonable to me.

On a personal level I soon realised that – apart from alcohol (mostly wine and sometimes beer) – there’s a remarkable lack of sugar in my diet.

Maybe that’s why I have avoided diabetes thus far?

Anyway back to the movie.
Gameau, who as an actor has been in TV’s such as Love My Way and Underbelly and movies including The Tracker and Balibo (as Seven Network journalist Greg Shackleton), definitely has a flair for making this kind of message movie.

The actor cut his directing teeth on shorts such as Animal Beatbox, which took out the 2011 Tropfest short film festival award, while That Sugar Film is stylishly made.

The movie – which has one simple message about the dangers of too much sugar hidden in seemingly health low fat foods – is packed with entertaining visual gimmicks.

There’s also a smattering of celebrities and stars, such as Stephen Fry and Hugh Jackman, who are cleverly employed in small info-driven scenes.

While Jackman plays his role fairly straight, the always smart Mr Fry gets his message across using a Dr Seuss rhyming technique.

Despite a short nap, somewhere in the middle, I must confess that the movie was engaging and even entertaining, although perhaps a little too long.

It would also have been interesting to hear more from the industry, which produces these disturbing sugar rich foods, whom I am sure would have a spirited defense of their industry.

I am sure Damon Gameau, who ends the movie with a lively song and dance routine along with his hip girlfriend and new born babe, is going to be busy as both an actor and director long into the future.