THE 68° FESTIVAL DEL FILM LOCARNO HAS BEEN OPENED 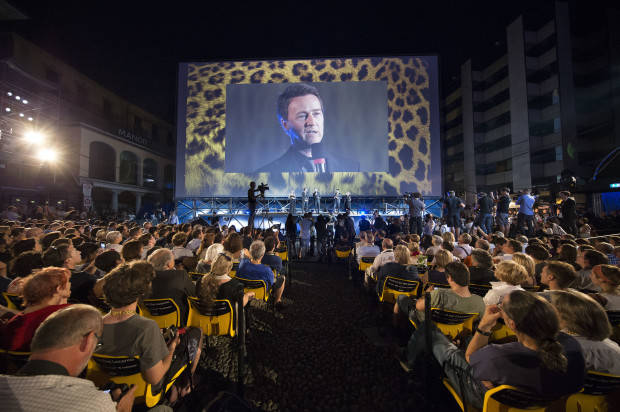 The 68th edition of the Festival del film Locarno opened yesterday, August 5, with Edward Norton, who introduced the screening of Fight Club, before receiving the Excellence Award Moët & Chandon on the Piazza Grande. As per tradition, the opening day has been characterized by a series of screenings in the sections Histoire(s) du cinéma, the Retrospettiva Sam Peckinpah and Open Doors. At the Auditorium FEVI, Edward Norton has introduced David Fincher’s Fight Club. At 21.30 the Festival’s President Marco Solari introduced the official opening on the Piazza Grande. The evening has begun with the presentation of the official juries and the Excellence Award Moët & Chandon to Edward Norton. The Piazza Grande screenings opened with the world premiere of Jonathan Demme’s Ricki and the Flash.

The Festival continues until August 15, screening 179 features and 87 short films from 51 different countries. The three official competitions offer an opportunity to take the pulse of contemporary world cinema, while an important part of the overall program is dedicated to film history and those who have left their imprint on it, thus enabling viewers to gain insight and deeper knowledge of those key figures and (re)discover their work, as well as participate in the numerous discussions that are open to the general audience. Complete program information is available on the official website (www.pardo.ch), along with all the news, trailers and a range of exclusive content, as well as live streaming of all the Piazza Grande presentations and conversations with the guests of honour.