‘The 7 Stages of Grieving’ 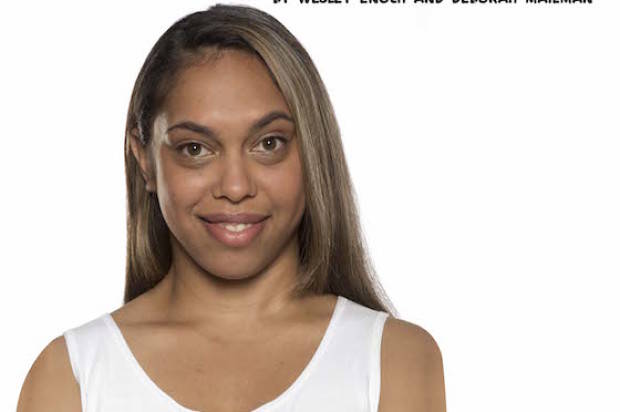 This Blast from the Past Lights up the Grieving Stages. 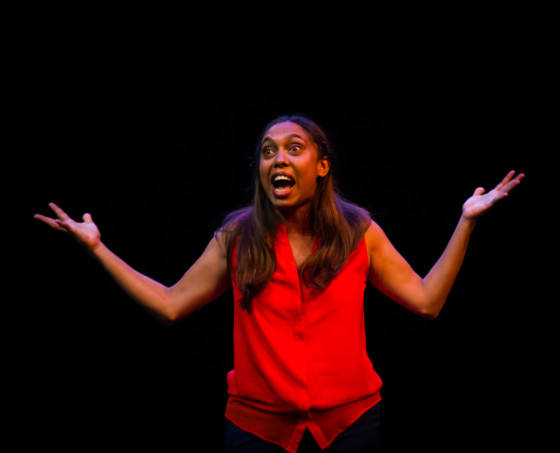 When Wesley Enoch and Deborah Mailman’s The 7 Stages of Grieving premiered back in 1995 it was a genuinely groundbreaking work.

This 55-minute one woman show – Mailman took centre stage back then – explored a wealth of indigenous themes in a complex Murri tapestry of life series of bitter sweet vignettes.

The headers were The Dreaming, Invasion, Genocide, Protection, Assimilation, Self Determination and Reconciliation.
Back then the work was hailed as an instant success and morphed into a landmark classic as the theatrical voice of Aboriginal people grew louder and more resolute.

Now Brisbane’s Grin & Tonic and the Queensland Theatre Company (QTC) have given The 7 Stages of Grieving another life with the remarkable Chenoa Deemal at the helm. 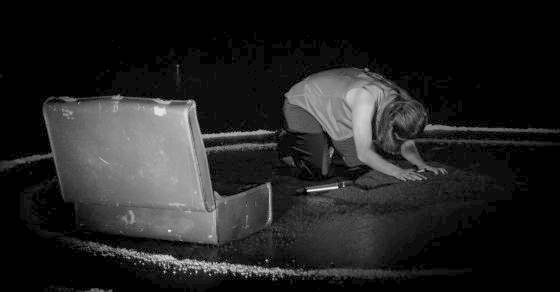 Deemal skillfully weaves the fabric of the narrative through it myriad of shapes and sizes creating moments of celebration, joy and sadness and, at times, something close to despair.

Director Jason Klarwein has brought something fresh to the work – introducing updated material including contemporary references and even part of Kevin Rudd’s Sorry speech – but the core message remains in tack.

Among the many faces of Aboriginal grieving shining through Chenoa Deemal’s engaging and heartfelt performance is a young girl talking about her grandmother’s funeral and life, a satirical send-up of early British settlement and real-life account of the death in custody of dancer Daniel Yock and its aftermath.

The 7 Stages of Grieving is by turn funny, warm, sad, infuriating, moving, challenging and at times optimistic.
The modern outing of Grieving features some exquisite mixed media, sound and lighting from technical creatives Jessica Ross, Justin Harrison and Daniel Anderson.

The set is minimal – featuring a box, dirt, some stones and little else – but Chenoa Deemal’s body language speaks volumes.

Wesley Enoch, now artistic director of the QTC, said audiences would need to, ‘work hard to grasp the analysis of culture and place’ while Murri people could gain, ‘ a sense of celebration emerging from grieving.’
The 7 Stages of Grieving began life as part of La Boite’s The Shock of the New Festival and that sense of shock is still vibrating as our nation continues to struggle with timeless indigenous issues.
While audiences do need to mentally and emotionally lean forward, there’s much to be gained from The 7 Stages of Grieving which is as much about the future as the past.