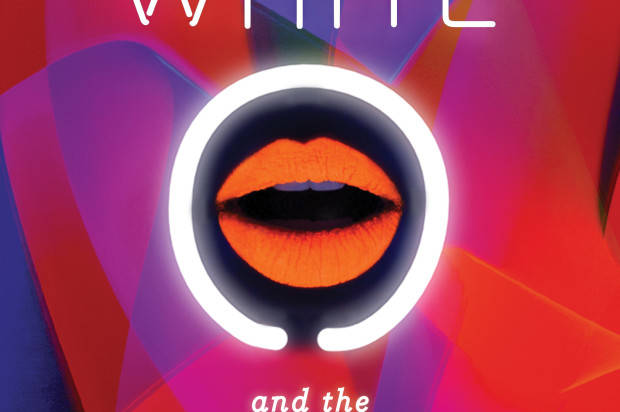 It takes a few pages to get used to that slow pacing, though it was never truly comfortable for me. There were too many questions, and the story hadn’t solidified enough for me to fully understand why there was a secondary story arc. Clearly, sometimes I’m an impatient reader. But Krissy Kneen has beautifully forced onto readers Holly’s squirming discomfort in her role as dutiful daughter and friend. This is a girl who wants to break free and charge ahead, and her relief is mirrored in our own when she escapes the banalities of Brisbane suburban life for an impromptu trip to Paris.

Interwoven with Holly’s story is the story of young scientist, Nick. Nick is the son of an acolyte of Wilhelm Reich, a scientist working to harness sexual energy. Though the research is banned and largely forgotten by the world, Nick is desperate to follow in his father’s footsteps in understanding orgone energy. When Nick and Holly meet, the world will never be the same.

Krissy Kneen has a gift for taking disparate elements and creating a cohesive story. It can take a little time for our brains to make peace with that, but it’s certainly worth the effort. Holly White sounds like the most random mash-up of genres and yet somehow, inexplicably, it works. Really, really well.

She’s also a master of exploring the perfectly imperfect. Her characters are imperfect in body, mind, and spirit, and that ordinariness works wonderfully to keep the story grounded in reality. Holly is beautiful, but awkward and unsure of herself, deeply afraid of her differences from those around her. Nick may have a touch of the musician to his appearance, but he’s far from the pseudo-perfect physicality of Mr. Grey.

The Adventures of Holly White and the Incredible Sex Machine is sexy and thought provoking, and might just make you want to go out and buy some of the classic works mentioned in the story. You can find Holly White through iTunes and Amazon, or at your local bookstore. 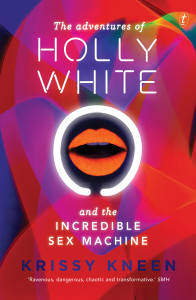