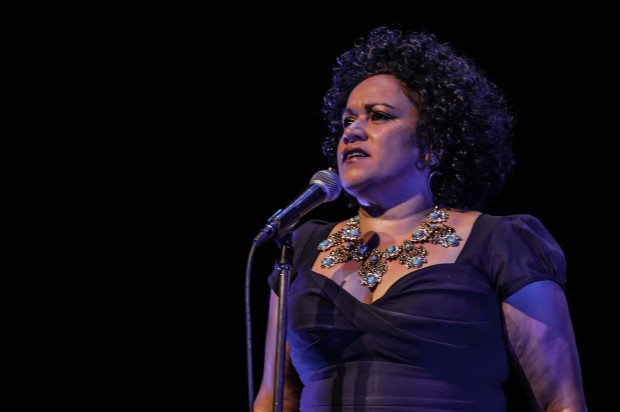 At Last -The Etta James Story returns to QPAC

Since its world premiere in Melbourne in 2013, At Last – The Etta James Story has played to packed theatres throughout Australia and New Zealand; selling out their return 2016 Arts Centre Melbourne and Sydney Opera House seasons.

At Last tells the story of soul legend Etta James’ turbulent life; a show full of her most beloved songs including Tell Mama, Something’s Got A Hold On Me, Sugar On The Floor, the heart rending I’d Rather Go Blind and the iconic At Last.

Putting her heart and soul into this unforgettable show, Vika Bull is joined on stage by The Essential R & B Band; some of Australia’s finest and funkiest musicians.

Written by John Livings, At Last plays homage to Etta James’ long and tumultuous career that saw her win six Grammy Awards® and a star on The Hollywood Walk Of Fame©. Influencing a vast array of artists from Diana Ross, Janis Joplin, Stevie Wonder, The Rolling Stones and Rod Stewart; Etta James is also acknowledged for inspiring the careers of a new generation of artists from Christina Aguilera and Joss Stone to Adele and the late Amy Winehouse.

Don’t miss re-living the soulful songs of Etta James, channelled through superstar Vika Bull and band, at QPAC this November. Tickets are on sale now via qpac.com.au or call 136 246.

Nobody does Etta better. A marvellous tribute, steeped in honour and respect for the late, great Etta James.
Australian Stage