Motion Picture Soundtrack Sony music soundtrack The Gift by Caroline Russo | on August 14, 2015 | 0 comments | in Music | Like it About THE GIFT:
Simon and Robyn are a young married couple whose life is going just as planned until a chance encounter with an acquaintance from Simon’s high school sends their world into a harrowing tailspin. Simon doesn’t recognize Gordo at first, but after a series of uninvited encounters and mysterious gifts prove troubling, a horrifying secret from the past is uncovered after more than 20 years. As Robyn learns the unsettling truth about what happened between Simon and Gordo, she starts to question: how well do we really know the people closest to us, and are past bygones ever really bygones?

Recently Saunder and Danny had the honor of composing a piece of music for the American Ballet Theater which was featured in the International Erik Bruhn Competition in Toronto. Other projects include editorial films for Vogue, Gravure, Crush and Flair magazines. Their band Priestbird (Kemado Records) has 5 albums, and has toured extensively in the US and internationally.

About the work on THE GIFT, the composers said:

“Joel [Edgerton] asked us to “make me tell you that you’ve gone too far!” which we were delighted to hear. He wanted a bold, melodic, and unique sounding score which made the process challenging but so much fun to do. 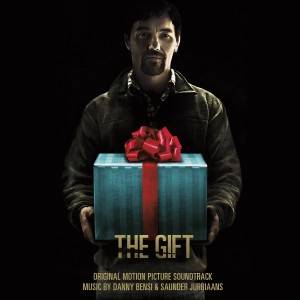 The track list of THE GIFT (Original Motion Picture Soundtrack) is as follows: