THE GREENROOM PROJECT JUNIOR WORKSHOP WITH THE STARS OF STRICTLY BALLROOM.

Matt Ward powerhouse brisbane STRICTLY BALLROOM The Greenroom Project workshop by Caroline Russo | on August 17, 2015 | 0 comments | in arts | Like it THE GREENROOM PROJECT JUNIOR 3 DAY WORKSHOP & LIVE SHOW WITH THE STARS OR STRICTLY BALLROOM – THE MUSICAL.

The Greenroom Project Junior makes it’s Brisbane Debut these school holidays with it’s focus on discovering a new breed of Musical Theatre Stars. Students age 9 – 17 years of age have the chance to take part in a 3 day performance workshop and then showcase their talents live on stage at Brisbane Powerhouse. It’s their backstage pass to the stars! 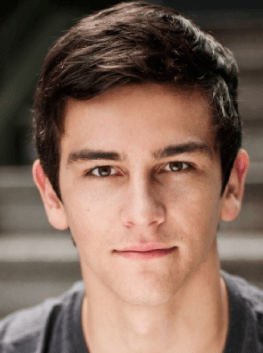 Thomas’ can currently be seen treading the boards as Scott Hastings in Baz Luhrmann’s Strictly Ballroom the Musical, a role that showcases him as an extraordinary triple threat.

Prior to this, Thomas had amassed a large fan base from his role as Ben Tickle in the ABC’s hit teen series Dance Academy. This was his first ongoing television role, and his natural charm and presence saw him soon become a favourite with audiences.

A committed performer, Thomas commenced professional work at the age of 7 on the stage in The Magic Faraway Tree for Garry Ginivan Productions. Other stage credits include Singin’ in the Rain and the
Melbourne and Singapore seasons of Oliver!, all for IMG, The Wizard of Oz (GFO/SEL) and several appearances with The Production Company including Music Man, Bye Bye Birdie and Oklahoma! A career highlight was performing in the 2006 Melbourne Commonwealth Games Opening Ceremony.

Thomas commenced dancing at the age of 2 at the May Downs School of Dance, where he continues to train in Ballet, Jazz, Tap, Hip Hop, Contemporary Dance and Acrobatics as well as teaching the younger students. He also trains at Danceworx in Ballroom, Latin and New Vogue and has undertaken further training in voice at the David Butler Studios alongside acting classes with some of Melbourne’s top drama coaches. Other screen work includes Blue Heelers and a recurring role in Winners and Losers. (Seven Network). Phoebe grew up in Sydney and attend the prestigious Newtown School of Performing Arts and graduated topping the State in drama.

She moved to Melbourne and was an inaugural 2011 Musical Theatre graduate of the Victorian College of the Arts where she awarded the Encouragement Award from the Friends of the VCA. Phoebe originally made her professional debut in Cameron Mackintosh’s production of Oliver! when she was 11 years old playing the role of Rose.

Since graduating Phoebe was cast in a role in the Television series Mr and
Mrs Murder. In 2012 she toured to both Singapore and Hong Kong with the
Smile Live Entertainment production of Thomas And The Hidden Treasure. Phoebe was a part of The Production Company’s 2013 season of Singin’ in the Rain.

Most recently Phoebe was nominated in 2014 at the Helpmann Awards for Best Female In A Musical for her portrayal of Fran in Strictly Ballroom The Musical, which she is currently touring with in Melbourne.