Amy Lehpamer Cameron Daddo London Palladium Musicals THE SOUND OF MUSIC theatre by Caroline Russo | on June 9, 2015 | 0 comments | in Theatre | Like it Producers Andrew Lloyd Webber, John Frost, David Ian and the Really Useful Group today announced the names of the superb cast for the 2015-16 Australian tour of the world’s favourite musical, The Sound of Music. 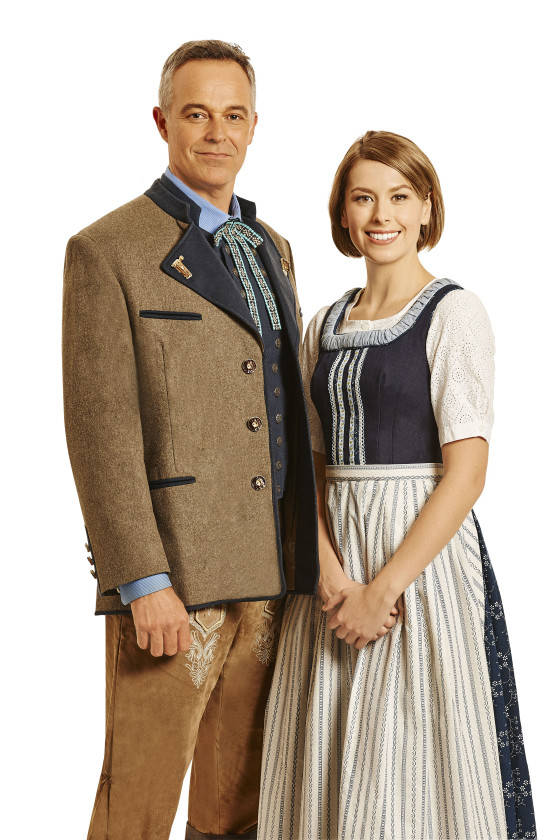 The lavish London Palladium production of The Sound of Music will commence in Sydney at the Capitol Theatre on 13 December this year, followed by a season at Brisbane’s Lyric Theatre from 11 March, 2016. This acclaimed production of the legendary Rodgers and Hammerstein musical premiered in 2006 at the home of West End musical theatre, the London Palladium, where it celebrated a record-breaking 954 performances seen by well over 2 million people, before going on to enjoy sell-out seasons internationally.

“We have assembled a sensational cast to play these iconic roles,” said the producers. “Cameron Daddo will be a wonderfully strong and stern Captain, and Amy Lehpamer, already with several musical roles to her name, will leap to stardom as Maria. We’re very pleased to be working with Marina Prior again, and to bring Lorraine Bayly to musical theatre audiences. And we’re especially pleased to bring acclaimed opera star Jacqui Dark to the musical stage.”

“The Sound of Music is an iconic musical, probably the most loved musical of all, and contains all the elements which make a show magical,” added John Frost. “It is exciting that Australian audiences will see a production of this quality, which has entertained so many people across the globe. I’m very much looking forward to the auditions to find our sets of von Trapp children too.”

Tickets for The Sound of Music go on sale on Monday 22 June.