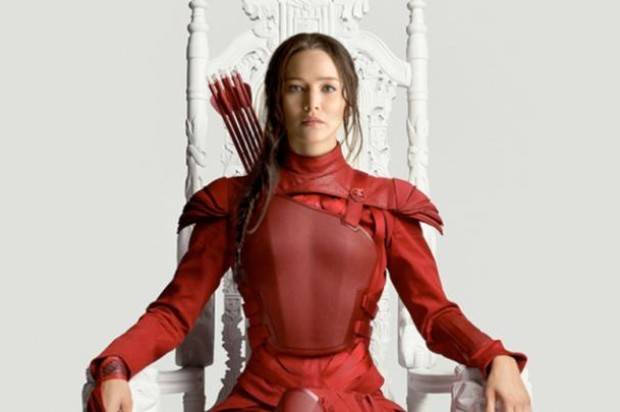 Anyone who hasn’t kept abreast of the plot details for the ‘Hunger Games’ series certainly won’t be getting caught up to speed with this final instalment as ‘Mockingjay – Part 2’ literally picks up where its predecessor left with series heroine Katniss (Jennifer Lawrence) surviving an unprovoked attack from her loyal partner Peeta (Josh Hutcherson), a result of his brainwashing from their city’s President Snow (Donald Sutherland) which has left him unsure of his devotions and what’s fact and what’s fiction. If none of that made sense then it’s only drawing home how out of your depth you are with this dystopian series, but for the countless legions of fans that have been waiting with bated breath on how Suzanne Collins’ novel trilogy will come to its cinematic close, this grand finale is a fitting send-off.

Ever-so drawn out but satisfying nonetheless, ‘Mockingjay – Part 2’ continues Katniss’ determination to take down President Snow. Equipped with an army of her own – including the forever friend-zoned Gale (Liam Hemsworth), fellow Games survivor Finnick (Sam Claflin) and Peeta – Katniss storms the outer-regions of the remaining districts in her final attempt to assassinate Snow and bring an end to his tyranny. After the game-mentality of the original film and its sequel ‘Catching Fire’ (arguably the strongest in the series) the two-split ‘Mockingjay’ is only ‘Hunger Games’ by name and not nature as that aspect of the segregated future depicted here has been left behind; an understandable choice given the narrative of the original source material. Director Francis Lawrence and writers Danny Strong and Peter Craig do their best though to inject some of the intensity of the previous films’ games into ‘Mockingjay’ with a series of fatal traps, uncertain allies, and the eventual choice of morality for Katniss; the film’s best sequence belongs to a stunning set piece around the 90-minute mark set underneath the city where a mass of zombie-like creatures mercilessly attack Katniss and her crew.

Those familiar with the novel will be unsurprised where the film veers, though certain aspects of the story that carried such emotional weight for the reader are sadly bypassed on the big screen; one example being the criminal under-use of the character Effie Trinkett (Elizabeth Banks), left here to do little more than clap and swan about in her signature over-the-top style. As wasted as Banks is though she at least still turns in an acceptable performance, as does the entirety of the cast – an area this series has always excelled at. Much like in ‘Part 1’ Woody Harrelson’s Haymitch and Hemsworth’s Gale struggle to make an impact, but Sutherland’s dastardly Snow is as effective as he’s always been. The late Philip Seymour Hoffman continues to prove a presence much missed, and whilst here he’s had his final words relayed by Harrelson, it’s a timely good-bye for the fallen star. Julianne Moore’s opportunistic Alma Coin is more notable for her unfortunate hair, and Jena Malone makes for a welcome return as the biting Johanna, but it unsurprisingly falls to Lawrence’s Katniss to hold the film together, and she does it so effortlessly. Though it’s clear she’s matured as an actress since locking down the role of Katniss, she never gives less than her full self in every frame, and the fact that her character doubts herself and doesn’t believe she’s any more worthy than those around her helps her endear herself to the audience.

Apart from a financial perspective, there still hasn’t been much proof that splitting a final story into two chapters is a worthy trait, and the lengthy process that is this film only exacerbates the truth that ‘Mockingjay’ could’ve been one epic 3-hour experience as opposed to two 2+hour chapters that save all the freshest juice for the closing set. Run time aside, ‘Mockingjay – Part 2’ brings a satisfactory close to one of the best young-adult aimed series the cinema has had the pleasure of hosting.