Following the release of their ‘Would U Love Me’ EP in March, The Jansokians return with a brand new single ‘Friend Zone’, available to purchase now through Sony Music Entertainment Australia.

‘Friend Zone’ was written by Sean Foremen of 3OH!3, Khris Lorenz (Guy Sebastian ‘Like a Drum’), and Jeremy Skaller (Jay Sean ‘Down’, Justice Crew ‘Boom Boom’). The video for ‘Friend Zone’ will premiere in the coming weeks.

The Janoskians recently performed a sold out show in the UK’s Wembley Arena aptly named Janofest, selling over 10,000 tickets. Whilst in the UK, they are filming a special documentary around their shows, alongside their continued work on their LionsGate feature film – stay tuned for more information!

The Janoskians’ ‘Would U Love Me’ EP hit the number one spot on the U.K. iTunes Album Chart, as well as cracking the top 5 in the U.S. and other territories including Ireland, Spain, Italy, Greece, Sweden, Finland, Norway, Romania and Bolivia.

What started as an after school project for the teenagers has grown into something of a phenomenon, with The Janoskians’ fear-of-nothing-attitude and humour garnering them an army of fans around the world, and accolades from the likes of Ellen Degeneres, Ryan Seacrest, Ariana Grande and Jay Sean. Their Twitter following alone has a cumulative reach of over 10 million, and their YouTube views amass over 170million. This vastly international gathering of loyal and dedicated fans continues to grow daily, reaching corners of Europe, the US, the UK and Asia. 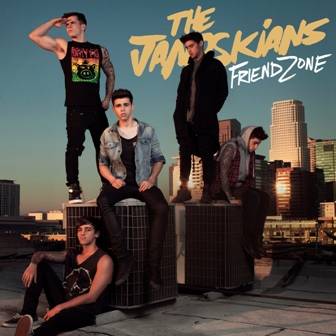