The Scared Weird Reunion Show Is Back

sunnybank sunpac The Scared Weird Reunion Show theatre brisbane by Caroline Russo | on January 9, 2019 | 0 comments | in Theatre | Like it 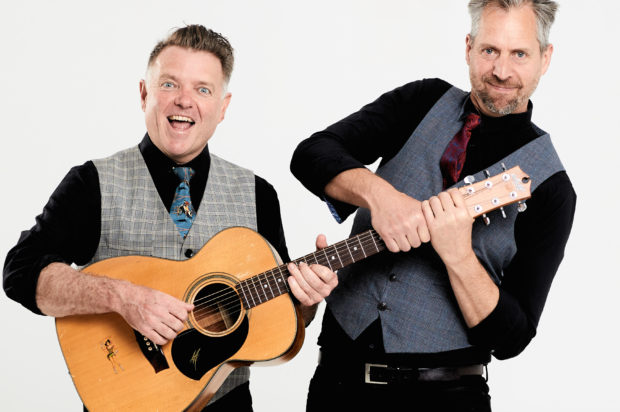 Have you noticed your life has been a little less scared, a little less weird and a little less… little over the past decade?
That’s probably because the Scared Weird Little Guys, those insanely talented dudes who made the whole country LOL, haven’t performed in Brisbane for nearly 10 years!
Clear the diary for March, because, they are back!

Multi-award winning, The Scared Weird Little Guys , or ‘The Scaredies’ (as they are affectionately known) were a part of Australian culture for over 20 years, performing just a smidge under 5,000 shows all over the country as well as tours of the US & UK. They have appeared on almost every live Australian TV Show you can think of including Hey Hey Its Saturday, The Micallef Programme, Rove Live and even Sale of the Century (appearing in the gift shop – a career highlight!). FYI: the name “Scared Weird Little Guys” comes from a line in the famed Al Pacino movie Cruising.

The boys – Rusty Berther (vocals, guitar, banjo and CABOOLTURE BORN Queenslander!) and John Fleming (vocals, guitar, mandolin) and – performed their last show in Brisbane in 2011 but in March 2019 they are BACK for a special REUNION EVENT at the Brisbane Comedy Festival, for THREE SHOWS ONLY!

As for the Scaredies themselves, Rusty is pumped to be bringing their show back to the Brisbane Powerhouse, “Brisbane was always my favourite city… in Queensland… apart from Toowoomba.” Since this final show Rusty has had a packed schedule, releasing his debut book Scared Weird Frozen Guy and travelling to Antarctica to take part in the Ice Marathon, a 42-kilometre run through one of the most unforgiving places on Earth.

The Scared Weird Reunion Show is on March 7 at SunPAC, Sunnybank and then at the Brisbane Powerhouse from March 8 to 10.