THE SEARCH FOR MYSELF – ORIGINS OF THE SEARCHERS 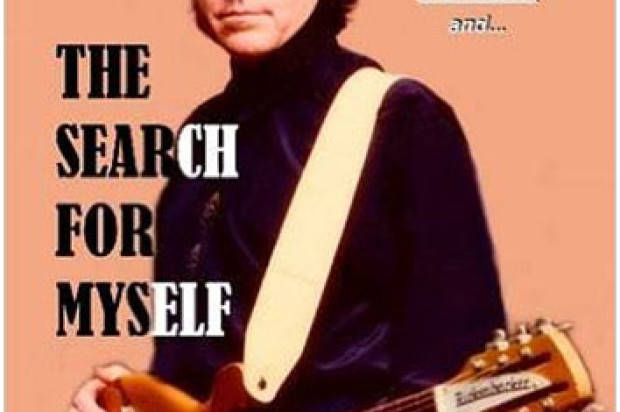 Mike Pender Releases Long-Overdue Biography, a Book He Claims “Needed to be Written”

Over five decades after founding ‘The Searchers’, one of the most iconic emergences from the 1960s Merseybeat scene, former frontman Mike Pender is finally telling the story of his life and career in ‘The Search for Myself’. A first-hand account of the group’s origins, their struggles and the story of Pender’s life away from the stage and studio, it’s a book millions believe just needed to be written. Expect revelations, first-hand accounts and a goldmine of fun for anyone with needles and pins in their musical soul…

Mike Pender is known to millions, not only as founder and former frontman of The Searchers, but as a true legend of the British music scene; a man responsible for a string of number-one hits that defined the Merseybeat sound. But Pender’s career has also been marred by misconstrued bitter feuds, his departure from the band in the 1980s, and a mysterious private life kept well out of the limelight.

Pender is now breaking his silence in a book that simply had to be written. ‘The Search For Myself’- Origins of The Searchers, his long-overdue biography makes much of its material public for the very first time and it makes a truly riveting read. 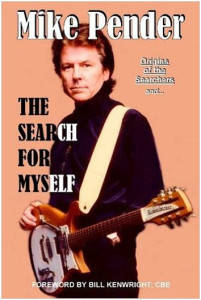 Synopsis:
Mike Pender has fulfilled a wish: to set out his life story as lead singer/guitarist and founder member of the Searchers, and tell it exactly as it was. He and his group enjoyed many Top 20 hits and played all over the world, but their huge success was interspersed with changes in the line-up and bitter disputes which led to broken friendships and an ultimate parting of the ways. The book is packed with interesting facts and anecdotes, fun and heartbreak. Mike tells, for the first time, of his love for his ‘one and only’ girlfriend, to whom he is still married. They had three children, but one son was killed in a tragic motorcycle accident. He speaks of his passion for guitars and antique clocks, and the thrills of buying and selling them for a fat profit — something entirely different from constantly being on the road and in recording studios for hours on end. His first-hand account of the birth of the Searchers and their meteoric rise to stardom is fascinating, yet Mike remains surprisingly modest about his own achievements. It is the story of a gifted musician and devoted family man who finally found fulfilment after he took charge of his career and became his own master.

“There’s two parts to this book – one side about the band (the bit everyone wants to hear about!) and another about my life away from the spotlight (the bit I want people to hear!),” explains Pender. “I take readers right from the start of my life and the musical influences that defined my style, to the birth of the band after seeing that famous John Wayne movie, all of the way to our coming-of-age while we dominated the UK’s musical fabric.”

Continuing, “But there’s also another vital side to my story, one that is usually not fact checked by the media and has resulted in endless false reports. It’s the story about why I left, what precipitated it, and what happened to my family and I afterwards. I’m now telling that story, right out of the horse’s mouth.”

Pender wrote the book for a very specific reason.

“I want to create a legacy for myself and the band that has come from one of us, not some celebrity biographer or musical historian who is trying to read between the lines. My life has been blessed with the most amazing wife who was my teen age sweetheart, wonderful children and now grandkids. People often see celebrities as not human, but I want to show the ball I have had away from my musical exploits. The time is now, and I hope my story is preserved for generations to come,” he adds.

Early reviews have been extremely positive. One critic comments, “Mike does give some fascinating insight into the very early days and beginnings of the original Searchers and also his personal family life, and in this respect, together with the story of his 1985 split from the Searchers, he has written an autobiography in a way all avid book fans prefer – with detail, interest and photos from early and late career. I recommend it for all Searchers fans!”

‘The Search For Myself’ – Origins of The Searchers, from Genuine Article Books, is available now: http://amzn.to/1hgl02C.

About the Author:
Born in the war years on the 3rd March 1941 Mike Pender grew up in Bootle on Merseyside attending St Winefrides Sec’ Modern School becoming one of the schools four house captain’s before leaving at the age of 15. A self taught musician and later vocalist, he became an overnight sensation with the original Searchers on both sides of the Atlantic in the early to mid 60s.

After more than 50 years in the music business he still travels the world with his trade mark Rickenbacker 12 string guitar and was part of the 2014 “British Invasion Tour of America” a tour that was repeated by popular demand in 2015. He lives in Cheshire England with his Wife of more than 50 Years.