The Voice alumni to join the cast of FANGIRLS! 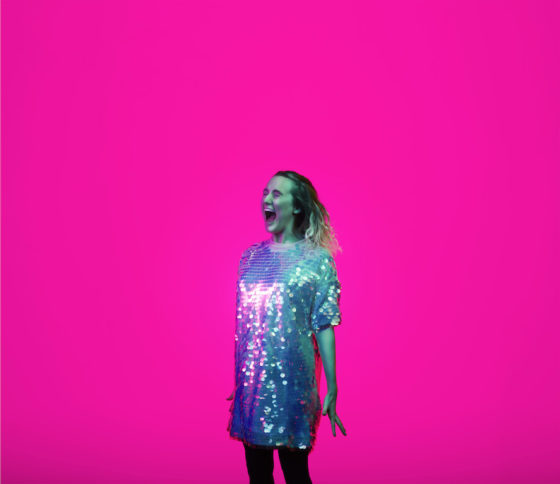 He blew them away on The Voice in 2018 when he was just 17, and now Aydan has been cast in the upcoming world premiere season of Fangirls, one of the most anticipated stage experiences of 2019.

Created by and co-starring the edgy, charismatic young comedian, composer, playwright and Aussie IT girl, Yve Blake and featuring a score that’s equal parts Beyoncé concert, religious revival and dirty warehouse rave, Fangirls will make its world premiere in the Bille Brown Theatre in Brisbane on September 7, before opening in Sydney at Belvoir Theatre on October 12.

A Queensland Theatre, Belvoir and Brisbane Festival co-production in association with the Australian Theatre for Young People, Fangirls, is a thrilling and hilarious musical comedy about first love, fan culture and the danger of underestimating teenage girls.

In a case of reality imitating fiction, and what is the perfect casting coup, Aydan will star as music superstar Harry, to Blake’s fangirl Edna.

It’s the professional stage debut for the 18-year-old Melburnian, although he boasts a performance track record to rival many twice his age. The now superstar grew up performing in amateur musicals; he was Charlie in Charlie and the Chocolate Factory when he was just nine, and also starred in a local production of High School Musical. He had already appeared on Young Talent Time and Australia’s Got Talent before he wowed the judges on The Voice last year, making it to the Grand Final and on the way, collecting more than 120,000 fans on Instagram and hundreds of dedicated fan accounts.

After the grand final and on the back of his hit singles Something About You, and his Eurovision Australia Decides single Dust, Aydan’s fan base soared. He was signed to Universal Music Australia and Universal Music Publishing and has since focussed on penning songs with some of the best song writing teams in Los Angeles and Australia.

With much-anticipated new music to be released in the latter half of this year, and the opportunity to play his dream role in Fangirls, Aydan is loving life as a pop star, in reality and on stage!

Yve Blake said the show will be a must, must see, regardless of whether you are 17 years of age and bang-in-the-moment, or 78 and remembering that epic Rolling Stones meet-and-greet on their first tour of Australia in 1965.

“It’s a show that will have you cackling, cringing and clutching your heart. Fangirls are so misunderstood; they’re frequently scorned for behavior that we would deem perfectly acceptable from boys of the same age and too often they’re dismissed for being ‘crazy’. Yet, Fangirls wield untold power. They have the ability to turn a YouTube nobody into a global superstar overnight, and to shape pop culture as we know it. Most of all though, I’m obsessed with Fangirls for their ability to do something incredible: to love without apology or fear,” she said.

Blake said another star of Fangirls is the music. “Given the subject matter, I decided that the score needed to sound like a Beyoncé concert meets a Rave meets Church. Expect some pop bangers, a choir of Fangirls, and epic cinematic drums, so welcoming Aydan to the cast is absolutely brilliant because he has the musical chops to sing the hell out of these songs, every single show.”

Aydan said without the fans, he would be nothing.

“One of the reasons I really wanted to be in Fangirls was because it is about much more than fan culture; it goes deeper into how kids are raised, how society treats fans, and how they treat each other. I understand that my popularity is because of the fans, so taking the time to interact and thank them is the least I can do,“ he said.

“Social media has really changed the way fans interact, and being a child of the digital age, I am super comfortable in that space. Insta-fanning is huge; I had one fan that sent me a link on Instagram to a wedding ring and proposed, which was kind of cool.“

“Fans are also incredibly caring and thoughtful. During my first headline tour in 2018, it got out that I love Chocolate Pods and plush toys. Soon, fans were bringing both in the thousands to concerts, and now I have pretty much a lifetime supply of both!“

The Story:
Edna is 14, and she’s in real-true-actual love with Harry. Only problem is, so are 38 million other people – because Harry’s in the biggest boyband on the planet: True Connection. Edna is also insanely smart. She’s on a scholarship at a rich private school. She doesn’t fit in, but it doesn’t matter because she’s found two best friends who love Harry’s music as much as she does. But then, they turn against her. So, Edna has no one. Except Harry. When True Connection announce surprise concert dates in Edna’s hometown, she realises that this is her ONE CHANCE to meet Harry and convince him of what she’s already figured out: that they are meant to fall in love and go on the run. FANGIRLS is the story of Edna doing whatever it takes to achieve that goal. It’s also the story of Edna’s single mum, Harry’s global network of fans, and a queer fan fiction author who wants the world to be a better place. It’s a love letter to the mightiness of teenagers.