3 weeks in spring Anzac events in NSW AUSTRALIAN STORIES Gallipoli campaign by Caroline Russo | on July 23, 2019 | 0 comments | in Theatre | Like it 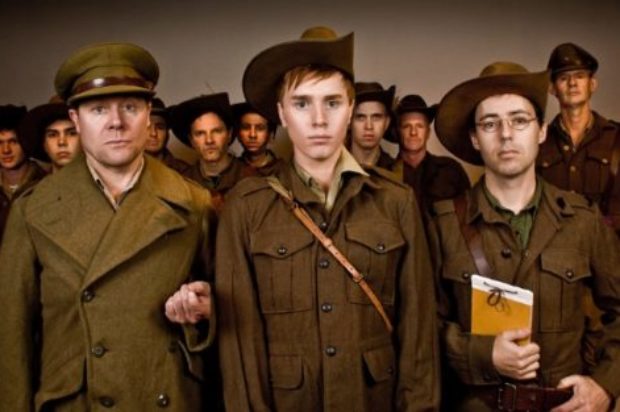 3 Weeks in Spring, an inspiring musical that powerfully tells the story of the birth of the ANZAC legend, is coming to Sydney’s prestigious State Theatre on 13th – 17th August.
Brought to you by Endymion Productions, the musical takes the most iconic Australian story, with all its heroism and humour, and retells it for a modern audience of all generations.

Performed by thirty-five Australian actors and ten musicians, it is set during the first three weeks of the Gallipoli campaign in April 1915. The musical explores the themes of mateship, courage and sacrifice, unlikely heroes, love and loss, following the soldiers – and the loved ones they left behind

Narrated by C.E.W. Bean, the journalist and historian who did more than anyone to create the Anzac legend, the musical is centred on the story of Private John Simpson Kirkpatrick, better known as ‘Simpson and his donkey”; from the time he arrived in Turkey to the time he died. Simpson became famous as a stretcher-bearer, as he braved “the hottest shrapnel” and used a donkey to transport wounded men from Shrapnel Gully to Anzac Cove. With music by Russell Tredinnick, the score sets toes tapping and spirits soaring. The soundtrack album was released this ANZAC Day, and it has received glowing reviews: “I can’t stop listening to it – it’s the best musical I’ve ever heard” and “I cried so many times”.

The double album comprises 34 songs, running over 1 hour and 50 minutes, and will take listeners on the journey of the show ahead of the full production experience. Highlights include ‘Fight On, Push Through’, ‘The Longest Haul’, ‘Lighten the Mood’, ‘Bodies and Boys’, ‘ANZAC Spirit’, ‘When’s Daddy Coming Home?’, ‘We Go at Dawn’ and ‘100 Years’.

To honour the heritage of the story that has inspired the musical, Endymion Productions is donating 10% of every ticket and album sold to the Australian War Memorial’s Anzac Foundation.

The creator and writer of the musical, Ian Gerrard, whose birthday is on ANZAC Day, says, “It’s such an important story that continues to inspire and enthral – a defining moment in the history of a youngHD:Users:iangerrard1:Desktop:Cover.PNG country. I am so passionate about telling it in a new and really emotionally impactful way that I have fully self-funded this production. It’s a risk, but it’s worth it to share the show with the Australian public and beyond.”

He continues, “We’ve worked hard to make sure we treat the subject matter with sensitivity and respect. There was heroism and humour in equal measure in the trenches and on the home front, and we’re showcasing both to create a real musical experience. Following success in Sydney we aspire to tour the production nationally and internationally, so everyone has the opportunity to see it.”

People have already taken 3 Weeks in Spring to their hearts during their workshop season, commenting: