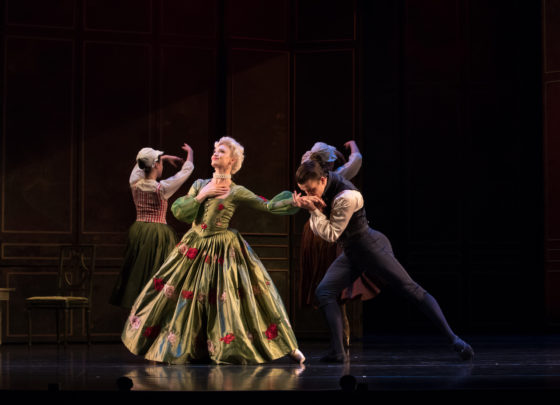 Just like England’s Lord Bryon, the principal characters in Liam Scarlett’s ballet adaptation of the French novel, Dangerous Liaisons, are mad, bad and dangerous to know.

This story of pre-revolutionary France centres on a group of aristocrats who, like their real-life counterparts, had too much time on their hands and hardly enough to do.

The story first saw the light of day in Pierre Choderlos de Laclos’ four volume epistolary novel written in 1782, seven years before the revolution, and has since been reinvented as a play, movie and now a ballet.
At the centre of the immoral action are two narcissistic rivals – once lovers – who use seduction and sex to first control and ultimately destroy the innocents. 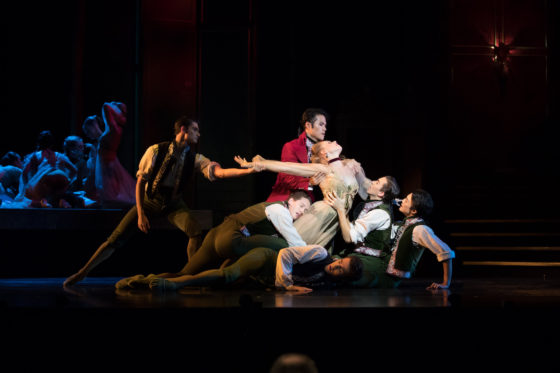 The Marquise de Merteuil (Yanela Pinera) and the Vicomte Sebastien de Valmont (Rian Thompson) are manipulative malcontents who play cruel games to wreak revenge on both former lovers and the innocents.

The epistolary novel, which was composed by various characters to each other, are at the heart of the story, which has been trimmed back to two hours.

It is certainly not for the youngsters, who have become a solid and an importance part of the QB audience in recent times, but will appeal to those who enjoy a strong and powerful adult story.

This production is both compelling and satisfying at every level with brilliant and highly original costume and set design (Tracy Grant Lord), lighting design (Kendall Smith) and music arrangements (Martin Yates).

The principal cast members can change on various nights but chirographer Liam Scarlett has given the world a Dangerous Liaisons which does not pull its seductive punches.

However, the stylistic grace and charm of the ballet helps it stop short of being vulgar in some of the most explicit scenes.

Dangerous Liaisons will be at the Playhouse Theatre until April 6 and then on the Gold Coast at HOTA on June 14.