growing pains live theatre in brisbane shane pike suicide teenages by Caroline Russo | on November 12, 2017 | 0 comments | in Theatre | Like it 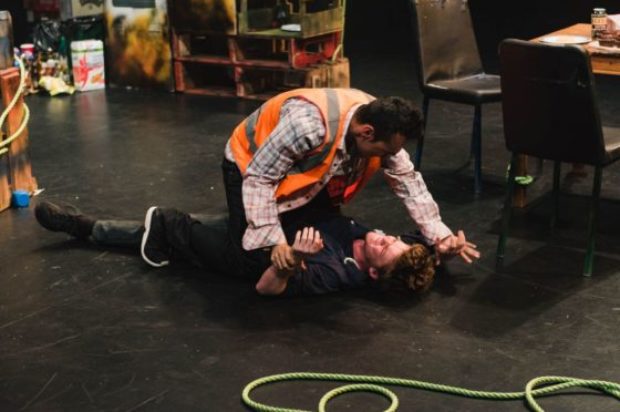 Wax Lyrical Productions presents the world premiere of Nineteen at Brisbane Powerhouse from the 09-12 November. Nineteen is a dark comedy that explores the lives of four young men living in a share house.

Nineteen is the second in a trilogy of works by director Shane Pike who undertook over ninety interviews with young men and women across Australia to identify how our society constructs masculinity and its impact on our youth’s understanding of gender identity.

From his interviews, a common and troubling conception of masculinity emerges which Pike embodies in his protagonists.

While we are introduced to four very different young men, a common thread of dysfunctionality and alienation emerges which is further emphasised by time lapses in the stories.

We see these young men as boys with an inseparable bond struggling to identify with what is expected of them as men as they navigate their own personal tragedies and challenges.

The play is intensely dark but these moments of hopelessness are broken by typically Australian humour which deflects from the complexities of the matters at hand.

This use of humour is an embodiment of the “typical Aussie male”who use vulgarity and abrasiveness as a bravado to mask their internal confusion.

Despite the rawness and confronting nature of this story, it is nonetheless a story that must be told as we see a continuing increase in violence upon young men and suicide becoming the leading cause of death of men under forty.

Editor Comments …Powerful and this is one play story that needs to be out there and applauded to all the cast and directors.