#elephantsandstar #wildeyes artists Disciples Music Singers by Caroline Russo | on October 10, 2020 | 0 comments | in Music | Like it Australian pop super-group Darling Brando are back with the release of their new single ‘Wild Eyes’. Written and produced between Sydney, Scandinavia and the US, ‘Wild Eyes’ has sonic inspirations from across the globe.‘Wild Eyes’ is intoxicating, pop-filled and is set to be a summer smash-hit. This highly anticipated release follows their debut single ‘Beat Up Guitar’ which now has amassed more than 1 million streams globally to date. The boys explained how the track is about the magic of falling in love and the journey and story behind it. Throughout these unprecedented times, the boys have explored their creativity deeply, dropping a fan track called ‘Nightlights’ in August. Darling Brando hosted an exclusive midnight ZOOM party on release of ‘Nightlights’, and the track now has more than 50K AU streams. Earlier this year, the group completed a phenomenal tour; 80 shows in 30 days, performing a series of incredible regional and metro pop up gigs. Having already created a loyal fan base locally and abroad, Darling Brando have a combined social following of more than 1.5 million. Darling Brando are set with music on the way and a tour in the works for 2021. DISCIPLES – I GOT YOU

Platinum-selling UK trio Disciples make their debut on the iconic Ministry of Sound/Sony Music Entertainment Australia imprint with their new single ‘I Got You’. One of the biggest groups in British dance music, Disciples have amassed over 1 billion combined streams and 2 billion YouTube views across their catalogue of music. With a plethora of infectious records under their belt, the trio have garnered consistent support across BBC Radio 1, Capital and Kiss FM in their home country. Reaching the coveted #1 spot on the station’s Dance Chart for underground banger ‘48HRS’, they were also crowned Annie Mac’s ‘Hottest Record In The World’ and Danny Howard’s ‘Friday Fire’ with groove-led ‘No Ties ’, and have previously enjoyed a six-week run on the station’s A-List with Platinum smash hit ‘On My Mind’. Not stopping there, they delivered an impressive mini-mix for Annie Mac and an Essential Mix for Pete Tong which were both met with strong praise. A triumphant summer hit, ‘I Got You’ sees Disciples enter a new era as they join forces with Ministry of Sound to continue fulfilling their legacy as one of dance music’s most exciting crossover acts. 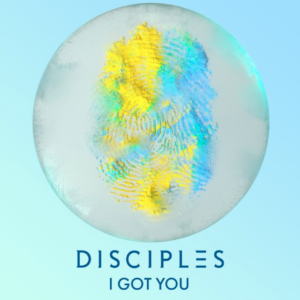 Elephants and Stars. Beach Slang meets Jimmy Eat World and The Replacements in a bar…

Elephants and Stars, three Toronto and Hamilton-area musicians who have taken a spin – or two – on the indie rock ‘n rollercoaster. A chance encounter with Ron Hawkins (Lowest of the Low), at a farewell show for mutual friends, led to a recording session. This session gave birth to the debut EP, RECOVERY – five irresistible slices of melodic rock.

Says Hawkins about Elephants + Stars’ songs:
I’m always struck by how strong the melodies are, and how consistently Manfred finds a compelling narrative for his lyrics. There’s an impressive economy of expression to his work that lands them firmly in the pop world, but with a lyrical bent that hints at more complex themes.

Singer-guitarist Manfred Sittmann and bassist Mike MacMillan have “never not been in a band together”. In the early 2000’s they formed Soap Opera, which was signed to Bullseye Records releasing two albums, Poised and Welcome to the Tangiers. Then came The First Time, whose 2004 debut It’s On, a faster and heavier take on Soap Opera’s pop-punk sound, produced by Warne Livesey (Midnight Oil, Matthew Good). It’s On was named Best Punk Record at the 2005 Toronto Independent Music Awards and received rave reviews, as well as, mainstream US radio play and TV network licensing for the singles “Goodbye Harlowe” and “New Day Dawning.”

The pace became exhausting and the joy faded, Sittmann and Macmillan decided to step back for a while. Eventually, inevitably, the urge to play together again, so they enlist veteran drummer Chris Chambers, beginning the story of….