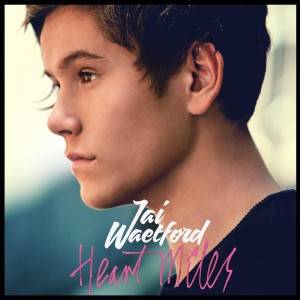 After being the supporting artist on Little Mix’s Get Weird Tour, Music Artist and YouTube sensation Jai Waetford has released his new EP ‘Heart Miles’. The EP features Waetford’s already successful single ‘Living Not Dreaming’ and six other tracks.

“I’ve been working and writing in the studio away from my friends and family and from everything I could call home… discovering who I want to be, where I want to go and to ultimately find happiness. And I did, in people, in places, in the studio, and in love. I met a girl and to be honest most of these songs are about her and the struggle of loving someone who just happens to be on the other side of the world. But when someone means everything, the distance means nothing,” says the 17-year-old.

‘Heart Miles’ EP is a pop-driven set of tracks that could make Jai Waetford Australia’s very own Justin Bieber. Each track is modern and fun that mixes upbeat tracks with more melancholy love tracks; a mixture that is perfect for anyone under the age of 19. Each track on the EP tells a different story and showcases Waetford’s undeniable talent and creates an EP that his already huge fanbase will love.

Tracks like ‘Waves’ and ‘Worlds’ are slower and more dreamlike compared to the upbeat sound of ‘Living Not Dreaming’ and ‘The Nights We Won’t Remember’. The title track ‘Heart Miles’ is a heart-fluttering pop track that will get every teenage girl in Australia screaming Jai’s name. The chorus of the track uses Haddaway’s classic track’s “What is love? Baby don’t hurt me, don’t hurt me” is a new and modern way.

After seeing Jai live supporting Little Mix in Brisbane it is evident that he has all of the making of a popstar: never-ending energy, dancing, crowd interaction and just all-round great performance vibe. He also showed off his acoustic side with a wonderful rendition of Justin Bieber’s ‘Love Yourself’ while playing the guitar.

The whole ‘Heart Miles’ EP is a great collection of pop tracks by Waetford and will have his already adoring fans falling head-over-heels in love with him.

BEFORE YOU EXIT – WHEN I’M GONE (Sony) 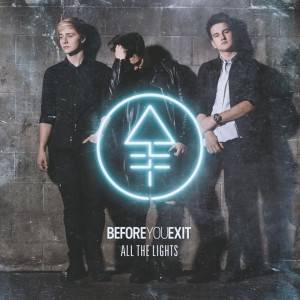 ‘When I’m Gone’ is taken from Before You Exit’s EP ‘All The Lights’ and is a fun pop track with brilliant falsetto’s and catchy hooks that will get stuck in your head for days. The track starts slow with simple electronic sounds accompanying smooth vocals. A pumping drum kit is then introduced and kicks the song into gear before the wonderful falsetto-saturated chorus.

Each brother of Before You Exit has a distinct tone and sound to their vocals that differentiates them but goes together perfectly. The catchy chorus of “Whatcha gonna do when I’m gone?/ I’ve been holding on for so long/ And I’ll say goodbye and try to move on/ So whatcha gonna do when I’m gone? Gone” makes the track a great pop song that is sure to climb the charts.

Before You Exit has a unique sound that brings modern pop, electronic mixes, and traditional beats to create a different and wonderful sound for ‘When I’m Gone’. It is not cheesy or too-catchy; it is just the right mixture of a typical love song and a fresh new sound from an all boy band.

Before You Exit is sure to become a household name in the time of boy-bands and if ‘When I’m Gone’ is anything to go by, you haven’t heard the last of McDonough boys.

‘When I’m Gone’ is available now! 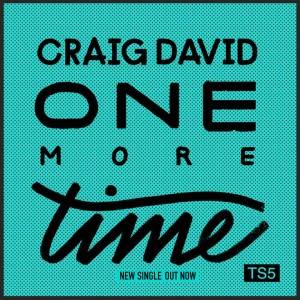 Fifteen years since being introduced onto the music scene, Craig David is back with his new track ‘One More Time’. The pioneer of UK Garage and R’n’B music has released the track in anticipation of his eagerly awaited sixth studio album out this year.

‘One More Time’ is a fast-paced track that is everything you’d expect from the UK native and more. The track is an amazing mix of club music and R’n’B that will get everyone moving and will melt hearts everywhere. The track incorporates David’s amazing vocals as well as his unique and original sound that fans new and old love.

The track is lightning fast with a driving beat and lyrics that will make great tongue twisters. The melody of both the verses and the chorus will being running around in your head for days. The overall feel of the song is something like Usher mixed with Justin Timberlake while still being wholly Craig David. The R’n’B infused track is exactly what music needs today.

The second verse of ‘One More Time’ is rapped by David with his strong Southampton accent coming through. Other parts of the track showcase David’s ability to articulate and sing at lightning speeds as well as a slow bridge to showcase his smooth and velvety vocals.

Craig David has successfully created an R’n’B track that is so needed in today’s music with a pumping beat, wonderful hooks and lyrics and an incredible voice. Craig David’s return to music is definitely going to be a successful one.

‘One More Time’ is available now! 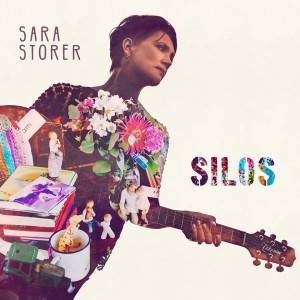 On her way to the 2016 Gympie Music Muster, Sara Storer has released her new single ‘Dandelions’. With three Golden Guitar Awards under her belt and her album ‘Silos’ already reaching #1 on the ARIA Australian Country Music Artist Album Chart, Storer’s new single is nothing short of amazing.

Sara is proud to be invited to the Muster stage, saying: “The Muster has always been my favourite festival and I feel privileged to be invited to perform in the year of its 35th anniversary. With so many great artists and featured shows it’s sure to be very special.”

‘Dandelions’ is a beautifully simple track with a wonderful melody and charming lyrics. Like Storer’s other music, the lyrics of the track take you into a story of Australian rural life that is so familiar to Storer. The simple piano, guitar and drum kit accompany Storer’s angelic voice. The addition of what sounds like bagpipes and backing vocals creates dynamic in the middle and end of the song and gives the track more of that story feel that she is known for.

The track is a charming country song without the southern twang and banjo. Storer’s Australian accent is evident throughout the track and gives it that extra special touch to a great Aussie track. The simplicity of the melody in the instruments is given shape by the changing dynamics and layering throughout; an expert move by Storer. You can almost see the ups and downs of the storyline of the track, something that lacks in a lot of modern music today.

If ‘Dandelions’ is anything to go by, Sara Storer will be fantastic to watch at this year’s Gympie Music Muster and will see her success prolonged for time to come.