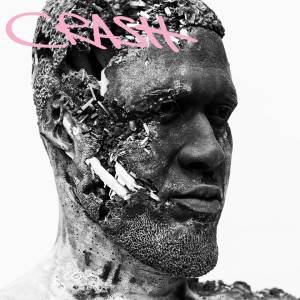 Eight time Grammy Award winner and global superstar Usher is back with his new single ‘Crash’. Ranked by the Recording Industry Assn. of America as one of the best-selling artists in American music history, Usher co-wrote and produced ‘Crash’ with f a l l e n & Carlos St. John.

‘Crash’ is a cool R’n’B track that is everything that has made Usher a household name and more. The simple and constant beat paired with the angelic melody that Usher sings creates a track that can be danced to as well as being quite laid back; cool and pumping.

In the verses User’s velvety voice is accompanied and harmonized by falling falsetto and deep back-up singing. This layering of voices during the verses creates a fullness to the song that would be quite simple if this was not there.

‘Crash’ is a cool and loving track that is nothing short of wonderful from superstar Usher. Fans new and old will love this new track. If ‘Crash’ is anything to go by, Usher will still remain one of the greats for time to come.

THE VERONICAS – IN MY BLOOD (Sony) 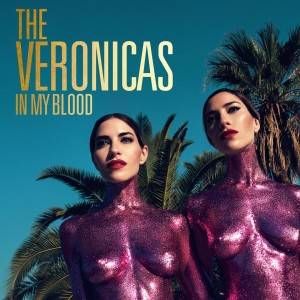 After a long break from music, Brisbane twins The Veronicas have made their return to music with their new single ‘In My Blood’. ‘In My Blood’ is the first track off of Jess & Lisa Origliasso’s upcoming fourth studio album and is also the first track they wrote for the album.

“It’s that elated, euphoric feeling of love at first sight. Love and adrenalin are rushing through your blood. It’s like a chemical injection. You’ve instantly connected with someone. You’re knocked out by this person,” said Jessica & Lisa Origliasso.

‘In My Blood’ is a new and modern sound from The Veronicas with a more EDM/dance track. The use of dance breaks, techno sounds and electronic synths is different from their more rock/pop sound the girls started out with. The track showcases The Veronica’s complete understanding and talent for music and how they write and create tracks that are relevant and fit into the music scene today.

The vocal harmonies during the verses and fast-paced beats accompanying sets the track up for a fun and dance track. Taking away the harmonies and incorporating a build in music to then drop to a dance break makes the track a great track for clubs and for the charts.

‘In My Blood’ is about the rush and electricity when you meet someone special for the first time. The music for the track mirrors this with the electronic sounds and builds of excitement that creates dynamic and story for the track. The pre-chorus “We don’t have to wait all night/ To know if this is really love/ We don’t have to wait all night/ Cause I can feel you in my blood” is accompanied by a build in music that then drops when the lyric “In My Blood” is repeated to dance to. It has a sense of letting go and just going with these electric feelings you have when you meet someone; in the music and in the lyrics.

‘In My Blood’ is another sure chart-topper for The Veronicas and sees their return to music a successful one.

‘In My Blood’ is available now! 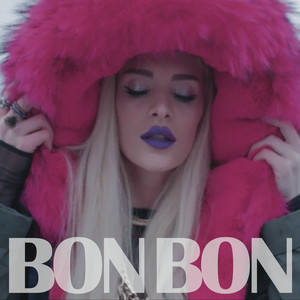 Albanian sensation Era Istrefi has already had success in her native tongue version of ‘Bon Bon’ and is now releasing an English version of the song to explode on the music scene. The original version of the track has over 79million YouTube views and over 28million Spotify streams.

In English or in Albanian, ‘Bon Bon’ is an infectious track that will get everyone moving their hips and singing along. Era’s sound is a mixture of Rihanna and Skrillex or Calvin Harris with her own spin. The R’n’B qualities in her voice and electric drops and production of the track makes is modern and fun.

The translation of the chorus is “Bon Bon even if it’s not okay not okay/ You want, you want/ Bet you wanna taste it/ It’s okay, it’s okay/ Bet you wanna taste it I/ I know you want want want”, extremely catchy and easy to sing along to; much like Rihanna’s ‘Work’. The rest of the lyrics are much like any other party/dance track; about love and sex with sensual lyrics.

Era Istrefi’s transition into English music is a successful one her track ‘Bon Bon’. ‘Bon Bon’ is perfect to dance to and will get stuck in your head for days. 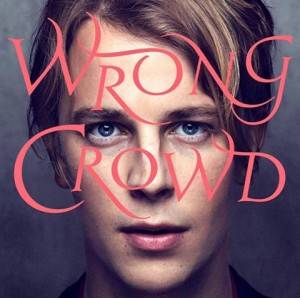 After appearances on The Late Late Show with James Corden and The Graham Norton Show, Tom Odell has released his second album ‘Wrong Crowd’. Odell’s first album, ‘Long Way Down’, won the Brits Critics’ Choice Award in 2013 and accumulated eight Gold and two Platinum certifications. ‘Wrong Crowd’ was co-produced by Odell himself and Jim Abbiss.

The fifteen-track album is a collection of proof of Odell’s master songwriting and musical abilities. The title track kicks off the album is incorporates whistling and a simple beat and sets the rest of the album up for greatness. Odell’s fragile and unique voice serenades throughout mostly accompanied by piano, guitar and a drum kit on the tracks.

One of the main singles from the album ‘Magnetized’ shows off Odell’s more upbeat side with clapping and big harmonies to create a massive track. The whole album is a wonderful crashing of sounds to create Odell’s unique sound that is getting him so much attention. Between big songs like ‘Concrete’ and more beautiful tracks like ‘Constellations’ showcase Tom Odell’s undeniable talent.

‘Wrong Crowd’ is a beautiful collection of songs from Tom Odell and is sure to be another big hit for the talented musician.