Hailing from Germany, Run Liberty Run have released their new single ‘Bengal Fires’. ‘Bengal Fires’ is off of the alternative-rock group’s debut album ‘We Are’ out July 22.

‘Bengal Fires’ is an explosive alt-rock track that features edgy guitar, strong synths and gritty vocals. From start to finish ‘Bengal Fires’ is intense and crazy in the best way. The track is like something from Eurovision, but the kind of track that you would actually listen to rather than the craziness that is synonymous with the song contest.

The track gets into the heavy percussion and guitar melodies from the very start. After an explosive introduction the verse is brought back to a driving drum beat, guitar and synth melodies and grungy vocals before exploding, once again, into a heavy chorus.

‘Bengal Fires’ is everything rock music is lacking in mainstream music today. It’s rock enough with the heaviness of the instruments, but the synths and light melodies that scatter over the top give it the alternative and modern feel that it needs.

In the second verse the grungy-rock feel is at its peak with screamed lyrics; very old school and intense. Although the track is very hard-rock, the catchy “oh-oh-oh” hook in the chorus and throughout makes the track pleasant to those who may not be the biggest fans of hard-rock.

‘Bengal Fires’ is a fresh and new take on rock music in today’s music world and has set Run Liberty Run apart from the rest. If this track is anything to go by, their upcoming debut album will be nothing less than explosive. 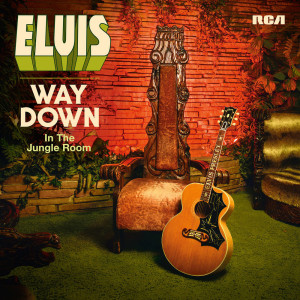 Off of the new album ‘Way Down in the Jungle Room’ that features a collection of sessions from the King himself, Elvis Presley, comes the track ‘She Thinks I Still Care (Take 2)’. The sessions on the album are recordings of what became Elvis’ final studio recordings and includes rare alternate takes of songs for the first time.

‘She Thinks I Still Care’ is an outtake of one of the first songs the King recorded in the Jungle Room. On the album there are two alternate versions of the track, the first is a more ballad-y version whereas the second take is more swing and country.

There is nothing not to love of this track. The hypnotizing vocals of Elvis and the old-school swing/country instrumental accompaniment takes you back to another time. The effortlessness of Elvis just oozes coolness and sexiness that made him the superstar he was.

‘She Thinks I Still Care’ features a steady beat with beachy guitar melodies and soulful vocal harmonies to create a classic. The track is part jazz, part swing, part old rock with an Elvis spin on it to create a cool and easy to listen to track.

The lyrics are repeated: “Just because I asked a friend about her/ And you know, just because I spoke her name somewhere/ Just because, lord I saw her and went to pieces/ Lord, you know, she thinks I, lord, still care” but you wouldn’t notice because Elvis, being the King of music, makes every repeat different.

“She thinks I still care” is repeated numerous times at the end of the track and fades out with ad-lib from Elvis. He accompanied by the main melody of the song and the backing vocals who sing the line the same over and over. It, however, does not get tiresome. You can feel Elvis’ energy through the music until the very last moment of the fade-out.

‘She Thinks I Still Cares’ is a forgotten and lost classic of Elvis Presley’s and is sure to keep him as the King for generations to come.

‘She Thinks I Still Cares’ is available now!

Acclaimed singer/songwriter Rachel Platten has released her new track ‘Better Place’. With platinum-selling hits and reaching #1 around the world with her previous tracks, Platten has once again released a chart topper.

Unlike her last two hits, ‘Fight Song’ and ‘Stand By You’, ‘Better Place’ is a love song and a ballad. The track is delicate but powerful with fluid lyrics and vocals to a beating-staccato piano melody. The addition of backing vocals and strings throughout the short track creates dynamic and depth where needed.

The simple start to the track is just Platten and a piano, focusing on the sweet lyrics and message. The pre-chorus and chorus sees the addition of strings before pulling away at the end of the chorus. From the second verse onwards, more deep strings and backing vocals are added; moving the track along.

The piano melody stays constant throughout the track up until the bridge of the track where it becomes just chords to create even more emotion. The melodies and structure of the track showcases Platten’s undeniable songwriting talents as she pulls at the heartstring with ‘Better Place’.

The chorus “And ah ah ah ah ah, you’re my favorite thing/ Ah ah ah ah ah, all the love that you bring/ But it feels like I’ve opened my eyes again/ And the colors are golden and bright again/ There’s a song in my heart, I feel like I belong/ It’s a better place since you came along” is sweet and cheery while still stirring emotions with the music.

‘Better Place’ is a gorgeous track from Rachel Platten and is sure to keep her as one of songwriting’s brightest stars for time to come.

Known for his remixes of chart toppers like Same Smith and Lana Del Ray, MK has released his new track ‘Piece Of Me’. ‘Piece Of Me’ makes the first release on MK’s newly relaunches Area10 label and sees him team up with Becky Hill.

‘Piece Of Me’ is a pumping house music tune with driving beats and excellent production. This track is perfect for any party with it’s catchy hooks and never-stopping music. From the beginning of the track the beat and melody is pumping and perfect for dancing to. The beat is constant throughout the track with layered sounds and vocals mixed throughout the create movement.

Becky Hill’s vocals pair perfectly with MK’s house sound. “I’m alright tonight, live your life/ You can keep that piece of me/ I’ve come through, I’ll prove, don’t need you/ It ain’t how it used to be/ You lost out, and now I’ve found/ That I don’t need that piece of me I’ve lost” is sung with such energy that only Becky Hill could bring to the table. The layering of her vocals gives the track more of a club feel; as if there was party taking place when the track was being put together.

‘Piece Of Me’ will not disappoint fans of MK and is sure to be a huge hit for him and Becky Hill. ‘Piece Of Me’ is sure to be playing in every club and at every party this year and will have everyone on the dance floor having a good time.

‘Piece Of Me’ is available now!