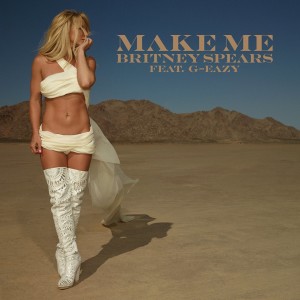 ‘Make Me’ is a flowy pop tune that is reminiscent of Spears’ earlier work. It is slower with R’n’B elements, much like the music on her 2001 self-titled album. The addition of G-Eazy and some of the production elements of ‘Make Me’ give it a modern twist.

Britney’s most recent work has very much been club/dance tracks with minimal lyrics whereas ‘Make Me’ is more soulful and fluid. The track is still extremely catchy with builds and drops in the music and a catchy hook of a chorus. The difference is that ‘Make Me’ is slow and more stripped back than fans are used to.

The lyrics of the song are very sensual but are done in a tasteful way while still being a sexy song. The chorus: “I just want you to make me move/ Like it ain’t a choice for you, like you got a job to do/ Just want you to raise my roof/ Something sensational (oh yeah!)/ And make me oooh, oooh, oooh, oooh…” along with the other lyrics of the song are obviously talking about the bedroom; pushing boundaries just like Britney Spears does.

‘Make Me’ is available now! 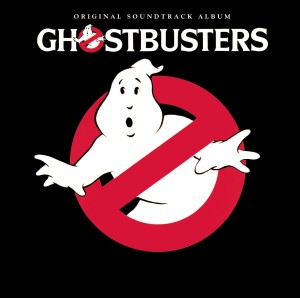 After speculation, back-lash and a long waited return, the reboot of the classic film ‘Ghostbusters’ is out with a great soundtrack to go with it! The soundtrack features music from G-Eazy, ZAYN, 5 Seconds of Summer, Pentatonix, Fall Out Boy and more. Grammy-award nominee Elle King and Dave Basset wrote the song ‘Good Girls’ for the film which has a spooky music video to accompany it, watch it here. Walk The Moon also recorded their version of the original theme song ‘Ghostbusters’ for the soundtrack.

Walk The Moon’s rendition of the title theme song is fun and exciting and does not derive too much from the original. Walk The Moon’s version of ‘Ghostbusters’ has more of a pop influence and isn’t as “80’s” sounding as the original; but all of the original and best parts are kept. Acapella group Pentatonix also got their hands on the theme song and put their own spin on it. Their version is just as fun and even more brilliant because there are no instruments, yet it feels like the original: full and chaotic in the best way.

Elle King’s ‘Good Girls’ is a great new track for the film: edgy, fun and fits perfectly with the film. As the film is an all-female cast reboot the title ‘Good Girls’ is perfect and King’s new rock sound is perfect for some ghost-butt-kicking bad-ass women. The lyrics: “I do what the good girls should never ever, never ever do/ Hey, hey, hey/ Since I’m gonna go to hell anyway/ I’ll go out with a bang, bang, bang/ Crash and burn it all away”. Brilliant lyrics for a brilliant song that describe the characters perfectly.

The rest of the soundtrack is just as well done. G-Eazy & Jeremih’s track “Saw It Coming” incorporates the line “Who you gonna call?” with minor and dissonant sounds to give it the extra ‘spook’ factor. Australia’s own 5SOS’s track ‘Girls Talk Boys’ is another spooky and fun track with minor sounds and relevant lyrics to go with the film. Between ZAYN’s ‘wHo’ and DMX’s ‘Party Up (Up In Here)’ everything just fits perfectly with the original and remake of the film.

All of the tracks as relevant and have element of spookiness and you can almost feel where they would fit in with the film. 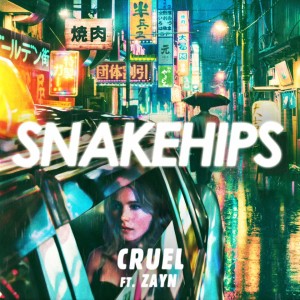 Hailing from the United Kingdom, duo Snakehips are back with their new single ‘Cruel’. ‘Cruel’ features the vocals of one of the biggest stars at the moment, ZAYN. The track is the follow up to the triple platinum hit ‘All My Friends’ featuring Tinashe and Chance The Rapper.

‘Cruel’ is an upbeat and catchy track that will get everyone moving and in the mood for a party. The combination of Snakehips’ writing and production and ZAYN’s husky and sexy voice go perfectly together for this track. The sensual lyrics are reinforced with the sound of a woman moaning in the background during the build in the pre-chorus; word-painting and expertly placed sounds paint a pretty clear picture for ‘Cruel’.

Although the overall song sounds to be about sex, the lyrics of ‘Cruel’ show actual love and a nice message, supposedly to ZAYN’s girlfriend Gigi Hadid. Back where we left off/ Watch you take your dress off/ I’ve been by myself remembering you/ Your body hurts me/ Loopin’ ’round like CCTV/ In all this bitterness you stay so sweet/ It’s such a cruel world/ Savin’ all my love for you, girl/ It’s such a cruel world/ Maybe I found somethin’ good, girl”.

The incorporation of a stripped back and extremely slow bridge and an outro make the song even more unique and shows off Snakehips’ talent in writing and production. The bridge of the song contrasts to the rest of the upbeat track as it is filled with fluid and slow sounds, much like the outro. The outro: “Sunrise in Hollywood/ We ain’t slept for days/ Perfect disaster/ Me and you” is the perfect end to the song.