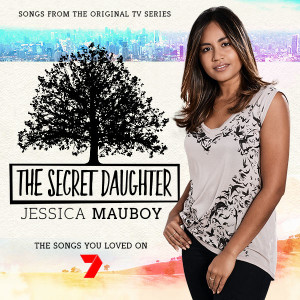 Ahead of her first major television role, singer/songwriter Jessica Mauboy has released her new single ‘Risk It’. ‘Risk It’ is part of Mauboy’s forthcoming album that complements the new Channel 7 series ‘The Secret Daughter’. The album, which includes covers of popular songs also features five original tracks, will be out October 7.

A new Australian television drama that is about finding the family you really belong to and finding true love in an ever more complicated world. ‘The Secret Daughter’ is a contemporary, modern show that explores the world of the have and the have-nots and what happens when they collide.

‘Risk It’ is a funky and up beat track with a great message that goes perfectly with the heartwarming story of ‘The Secret Daughter’. The track features brass and woodwind instruments as well as percussion and background singers to create a full and fun sound, perfect for Mauboy.

Mauboy’s flawless vocals and storytelling comes through in this uplifting track about risking it all for the things you love. The simple and catchy chorus is perfect for a prime time television show and the upbeat musical accompaniment will make you think of ‘The Secret Daughter’ every time you hear it; also a great marketing strategy on their behalf.

‘Risk It’ is a perfect accompany track for the upcoming Channel 7 television series ‘The Secret Daughter’.

‘Risk It’ is available now! 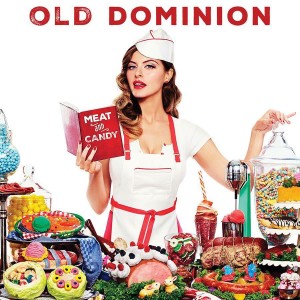 With accolades including ACM Breakthrough Duo/Group of the Year and AIMP Songwriter/Artist of the Year, Old Dominion have released their new track ‘Song For Another Time’. The track follows the success of their no. 1 debut single ‘Break Up With Him’ and gold certified track ‘Snapback’. The country group are also currently on tour with Kenny Chesney.

The track starts off simple and soft with minimal musical accompaniment and just Ramsey singing. The chorus then explodes into second gear with the addition of more instruments and a female vocal accompaniment. The chorus has a catchy melody with an even catchier hook line that is the title of the song.

After the first chorus the female background vocalist chimes in to harmonise now and then and the instruments are brought back to create a softer sound again before crashing into the huge chorus again. The last chorus of the track is just vocal and kick drum to create more emotion before, once again, exploding into the big country sound that everyone loves.

The chorus “Let’s be brown eyed girl sweet Caroline/ Free fall small town Saturday night/ Before you lose that loving feeling/ Let’s go dancing on the ceiling/ Keep on living that teenage dream/ Paradise city where the grass is green/ Pretty soon I’ll be so lonesome I could cry” sounds positive with the major key and full sound before the heartbreaking last line “But that’s a song for another time”. The lyrics are both loving and not as the singer is talking about good times that are probably never going to happen again.

‘Song For Another Time’ is a great country track with all of the elements for a successful and emotional country track.

‘Song For Another Time’ is available now! 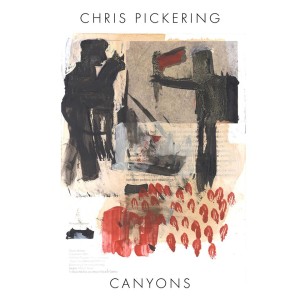 Two years since the release of his EP ‘Corners’, Melbourne-based musician Chris Pickering has released his new track ‘Andalusia’. ‘Andalusia’ is off of Pickering’s new album ‘Canyons’ out August 23.

‘Andalusia’ is a chilled track with a Britpop-laced rhythm section featuring a string section and lyrics about unrequited love. The track is relaxing and smooth while still stirring emotion and painting a story throughout.

The track starts off with a simple beat and guitar with Pickering’s soft and smooth vocals that is reminiscent of a young John Lennon. Without reading about the track or artist ‘Andalusia’ could easily be from another time with the fragile lyrics and vocals and flowing melody.

However, the chorus of ‘Andalusia’ gives the track a more modern feel with the cascading falsetto of notes and strings to accompany. The pre-chorus of the song almost sounds like ‘Pure Imagination’ from Charlie and the Chocolate Factory with it’s triplet and magical sounding interval of singing.

The track showcases the brilliant musical mind if Pickering with the switch from major to minor keys to create emotion and story along with the beautiful lyrics that make him a unique artist.