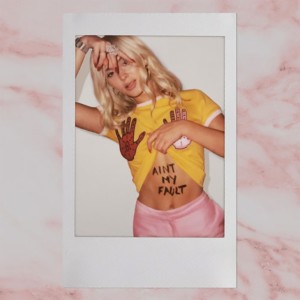 After the hugely successful tracks ‘Lush Life’ and ‘Never Forget You’, Zara Larsson has released her new hot track ‘Ain’t My Fault’. The 18-year-old Swedish native was recently nominated for Best New Artist at the 2016 MTV VMA’s and has already been #1 on the Apple Music and Shazam charts.

‘Ain’t My Fault’ is an upbeat track that will continue Larsson’s huge success around the world. The track is modern and fun that brings her own sound to the music scene. The track is filled with electronic beats, catchy hooks and bass drops that everyone can move and sing to.

The recurring trumpet-like melody accompanying the track keeps the song progressing and keeps it fun. The verses and drop after the chorus incorporate this hook melody with the chorus’ and bridge are soaring and broad in sound; perfect light and shade for the track. In the chorus leading up to the drop that features the hook of “it ain’t my fault” the beat builds and builds until the funky drop that everyone will get down to.

Larsson’s impressive vocal range is showcased throughout the track with lightning fast lyrics and huge ad-lib towards the end of the song. The super-quick lyrics at the end of the verses is then contrasted by the soaring chorus of “No I, can’t be responsible/ If I, get you in trouble now/ See you’re, too irresistible/ Yeah that’s for sure/ So if I put your hands where my eyes can’t see/ Then you’re the one who’s got a hold on me/ No I can’t be responsible, responsible/ It ain’t my fault” before dropping into the funky and pumping hook that will be stuck in your head for ages.

‘Ain’t My Fault’ is available now! 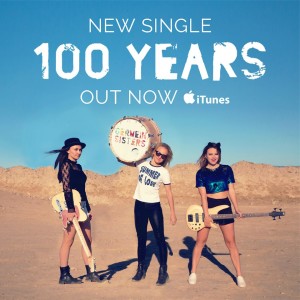 After entering the Top 100 Mainstream Radio charts in Germany, performing at The Isle of Wight Festival in the UK and being described as the ‘soundtrack to the summer’, Germein Sisters have released their new single ‘100 Years’. Germein Sisters are South Australian sisters made up of Georgia (guitar, keys), Ella (electric cello, bass) and Clara Germein (drums).

‘100 Years’ is a beautiful and fresh track that has seen the Germein Sisters being compared to international acts like Haim and Echosmith. The tight-knit harmonies, catchy chorus and simply-cool sound is a new and modern sound for Australian music. The fact that they are all sisters is evident in the flawless interweaving vocal harmonies, something that strangers can find quite difficult.

The track starts off quite slow with a solo singer and a soft chord progression from Georgia on the keys. ‘100 Years’ then kicks into gear with the introduction of the rest of the instruments and some soft vocal harmonies before exploding into a fuller sound for the chorus. The simple underlying melodies from the bass and keys throughout shape the track and change throughout just as the song does.

The melody of the chorus will have people singing along in no time. The full musical accompaniment matched with the wonderful vocal harmonies creates a hearty and fun sound. From the melody to the deep alto harmony and the high soprano harmony sprinkling over the top like fairy dust sets these girls a part from the rest with their new and innovative sound.

‘100 Years’ is a fun track that is perfect for the upcoming summer months. 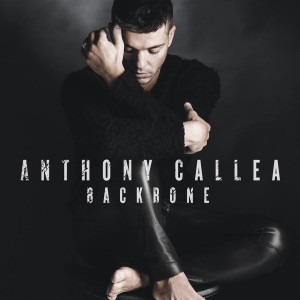 After singing his way into Australia’s hearts since 2004, Anthony Callea is back with his 6th studio album ‘Backbone’. ‘Backbone’ is an album dedicated to some of Callea’s favourite hits from the 80s and 90s.

“They’re songs that I grew up listening to and loved, but when you listen to them carefully, you realise that they have great melodies and brilliant lyrics that are sometimes overshadowed by the bells and whistles in the production,” says Anthony.

“I really wanted to draw focus to the simplicity of these songs which makes you realise ‘wow… that’s what it’s about’.”

Callea covers some of the world’s most popular track from Michael Jackson’s ‘Man in the Mirror’ and TLC’s ‘Unpretty’, all of which he does justice. Callea’s undeniable talent and musicality comes through on each track as he gives his own stamp on each classic hit while still keeping them classics.

Callea’s cover of the hit ‘Man In The Mirror’ is done beautifully. Callea’s emotion anf flawless vocals and simple strings and piano accompaniment keeps the track as one of the most beautiful and heartfelt tracks to date. Each key change brings more emotion and story that Callea is perfect at.

The cover of Wilson Phillips’ track ‘Hold On’ is brought down from the original fun and pop-powered track with stripped back guitar and drum kit accompaniment. This way you can listen more intently to the gorgeous lyrics that soar from Callea’s mouth.

Each track is given the Anthony Callea treatment while still being everything the original was. Callea’s acapella version of Queen’s ‘Somebody To Love’ is wonderfully amazing with vocal harmonies accompanying and Callea’s own vocals leading the way. It is a different and unique version of the classic track that is so close to so many people’s hearts, yet Callea does not mess with it one bit; a perfect twist on a classic.