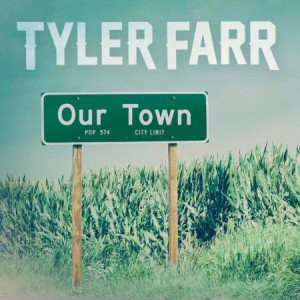 After his debut album went to number 2 on the Billboard Country Albums Chart and his sophomore album reaching within the top 5 on the Billboard Top 200 Albums, Tyler Farr has released his new single. The new single, ‘Our Town’, is off of Farr’s upcoming third album due early 2017.

“It’s been an interesting year for me with having to take time off after my micro-laryngeal surgery, but taking that time not only was a huge benefit for my voice, it was a benefit to my spirit. I had time to think, actually sit down and watch the news and see what is happening out there,” says Farr.

‘Our Town’ is a cool country track with the classic country sounds paired with Farr’s unique vocals. For any country fan this track will get you singing along and tapping your toes in no time.

Tyler Farr’s unique voice can only be described as gravelly and husky; perfect for country music. The track starts off simple with a simple background melody and casual kick-drum before exploding into an uplifting chorus that only country music can deliver.

The chorus: “We were raised in the shadows of crosses and flames/ When we pledge the legions we take off our hats/ Here in our town/ We say yes ma’am and no ma’am/ We love we don’t hate/ The world’s gone crazy/ They don’t have a place/ Here in our town” is the sort of chorus that will have you throwing your hands in the air and smiling along with the sense of memory and reminiscing.

Farr’s ‘Our Town’ is a new classic country track that any country music lover will love.

‘Our Town’ is available now! 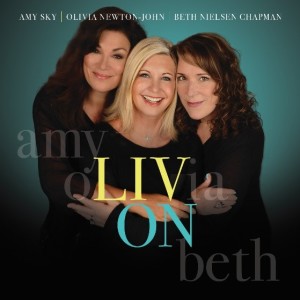 “As a group, it’s our intention with this album to create songs with a message of compassion and hope,” said Newton-John. “They are for anyone facing a time of challenge in their life, whether it is grieving a loss – or on the journey to health and recovery.”

The title song of the album will also feature in the campaign for the Olivia Newton-John Cancer Wellness & Research Centre (ONJ Centre). In the LIV ON campaign, Olivia Newton-John, the ONJ Centre’s founding champion shares “When I was going through my cancer journey, it was the love and support of others that gave me hope when I needed it most. You can help people live better with cancer and defeat it too.”

From the very beginning of the album that musicality, experience and talent from these three ladies is evident. The first track ‘My Heart Goes Out To You’ is a moving and beautiful song filled with perfect vocal harmonies and a gorgeous string and harp melody to accompany.

The title track ‘Live On’ is a perfect song to go with the campaign for the ONJ Centre. ‘Live On’ has a moving and uplifting feel to it, perfect for those effected by cancer. The chorus: “Live on, Live on/ Brighter skies will come again/ Cry the tears you cry/ And then live on, live on/ Love is all we leave when we are gone…Live on” is paired with a subtle country sound and interweaving vocal harmonies that will inspire people.

Each track is just as beautiful as the last and will stir emotions in you with the gorgeous lyrics and fragile musical accompaniment. From ‘I Will Take Care Of You’ to the end track ‘There’s Still My Joy’, each track is about love and care and the bond between people.

‘Liv On’ is a beautifully wonderful album from three extremely talented women.

‘Liv On’ is available now! 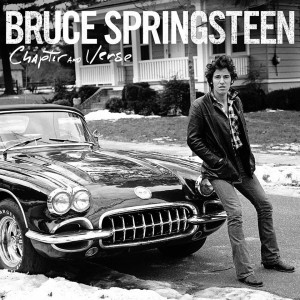 ‘Chapter and Verse’ is the perfect accompaniment to a Springsteen autobiography. Springsteen himself selected the songs on the album to reflect the different sections of ‘Born to Run’, and it definitely shows.

The album starts with a teenage Springsteen on guitar and vocals with the tracks ‘Baby I’ and ‘You Can’t Judge a Book by the Cover’ from The Castiles. Other tracks include demos of ‘Henry Boy’ and ‘Growin’ Up’ which were recorded 1972. There are also tracks that feature Steel Mill (‘The Judge Song’) and The E Street Band (‘Ballad of Jessie James’).

Just by listening to the album straight though you can feel the different themes and timelines as the music shifts while still being genius. Cool and subtle tracks like ‘The Ghost of Tom Joad’ is an example of the brilliant word-painting and musicality that has made Springsteen a legend. The most recent of the tracks, 2012’s ‘Wrecking Ball’, shows how Springsteen’s music has grown and changed over the years while still being everything that made him a household name.

For anyone who is a fan of Bruce Springsteen, new or old, ‘Chapter and Verse’ is for you.

‘Chapter and Verse’ is available now! 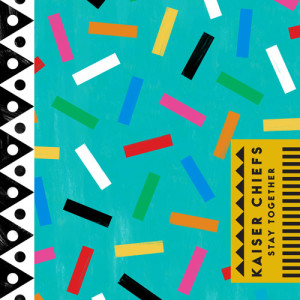 After a triumphant headlining act at V Festival in the UK, Kaiser Chiefs have released their new album ‘Stay Together’. ‘Stay Together’ was produced by Brian Higgins and the music video for the track ‘Hole In My Soul’ was shot by director Ed Sayers.

‘Stay Together’ is another crashing and fun album from Kaiser Chiefs that showcases their unique sound that has made them so successful. From the very first track, ‘We Stay Together’, you can feel that this album is going to be something special.

With rock/pop/indie influences each track is different and unique to take you on a new musical journey with the Chiefs. The new single track ‘Hole In My Soul’ is a pumping track that is great for both easy-listening and partying. The track is a pop/rock one that features a heavy string section that gives it a fuller and modern sound.

Throughout the album, Kaiser Chiefs showcase their talent through different and new sounds. The track ‘Happen In A Heartbeat’ is a more club-dance inspired track that you can see making people jump and move in a music festival environment. Until the very end with the track ‘Still Waiting’, Kaiser Chiefs keep you guessing with what they will come up with next. ‘Still Waiting’ is a slower and cruisier track that is an excellent send-off to an excellent album.

‘Stay Together’ is available October 7!