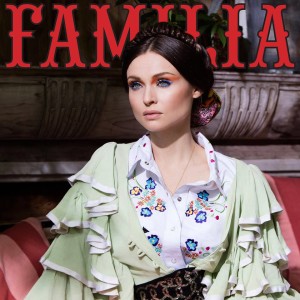 Following the 2014 UK charting and silver certified album ‘Wanderlust’, critically acclaimed artist Sophie Ellis-Bextor has released her new album ‘Familia’. ‘Familia’ has been released via Ellis-Bextor’s own label EBGB’s and Red/Essential and was co-written by the singer herself.

Sophie says; “My new album ‘Familia’ is the bolshier, more extrovert little sister to Wanderlust. It sees the Wanderlust girl move away from Eastern Europe to the warmer, sunnier climate of South America where she’s swapped vodka for tequila.”

The 11-track album showcases Sophie Ellis-Bextor’s growth as an artist with a mature and unique sound. Each track is beautiful lyrically and musically and shows why Ellis-Bextor has kept herself a musical success for years. The new sound features synths and more futuristic sounds while the British singer’s dainty and fluid vocals soar throughout.

From the very beginning the album gives the feel of a kind of boho-throwback-but-futuristic-vibe. The track ‘Death Of Love’ is beautiful while still being a unique sound with its heavy synth and constant beat. ‘Hush Little Voices’ has a South-American/Latina sound with the bells and swaying beat. The track is also inspired by the age-old nursery rhyme ‘Hush Little Baby’ with similar lyrics and melody but instead are about the voices in one’s head.

Track-to-track, ‘Familia’ is a new sound for the songstress with each track being fresh and different. ‘Cassandra’ is a percussion and bass driven track with attitude and sass. ‘The Saddest Happiness’, on the other hand, has a funky melody on the synth throughout while the chorus accompaniment and Sophie’s vocals are melancholy and slow.

Each track on Sophie Ellis-Bextor’s ‘Familia’ is a fun and fresh and new sound for the singer and is sure to be another hit for the already successful Brit.

SOLANGE – A SEAT AT THE TABLE (Sony) 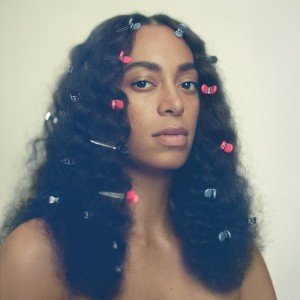 Global superstar, and sister to superstar Beyoncé, Solange surprised fans by dropping her new album ‘A Seat At The Table’ this past Friday after announcing it on Monday to 86 fans who signed up for her new website. ‘A Seat At The Table’ was written by Solange Knowles and was accompanied by a poetry book of lyrics and a digital book of photographs. Solange describes ‘A Seat At The Table’ as “a project on identity, empowerment, independence, grief and healing”.

‘A Seat At The Table’ is a ground-breaking and unique album full of new sounds that only Solange can deliver. The album itself is a journey of music and storytelling with an intro track of ‘Rise’ which only lasts 1minute and 44seconds before Solange soars into the track ‘Weary’.

The album as a whole has a unique R’n’B sound with all of the emotion and storytelling that fans expect. After only two tracks there is an interlude titled ‘Interlude The Glory is in You’, a clip with a man speaking that is abruptly ended after the words “the glory is in you”. One more track ‘Cranes in the Sky’ and then another interlude is introduced: ‘Interlude Dad Was Mad’. Once again, the interlude consists of a spoken male voice.

Every two songs or so there is an interlude, each with a different name that then introduces a new part of the album. After ‘Interlude Dad Was Mad’ the music becomes heavier and darker with more intense beats. After ‘Interlude I Got So Much Magic, You Can Have It’ (which features an a capella group of female vocals) the track ‘Junie’ features an array of female vocals and a funkier sound.

The outro to the whole album ‘Closing The Chosen One’ features a strong brass section and a spoken male voice to close this artistically genius album.

‘A Seat At The Table’ is available now! 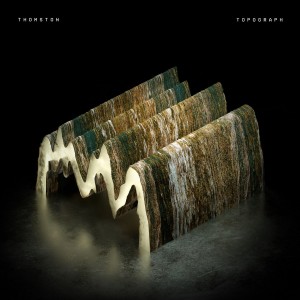 Auckland singer/songwriter/producer Thomston has released his debut album ‘Topograph’. ‘Topograph’ was written over two years over three continents and each song is a representative of a physical place, hence the title. As Thomston explains, “I wrote it. I wrote it in the years I travelled the world and learnt vast amounts about people, places and myself.

“Releasing my first record is scary, especially because some of the material on it is two years old. I wrote it all while I was a teenager, so it has this wide-eyed, youthful innocence to it, but it’s ended up a coherent body of work that I’m proud of, and it sounds like me.”

‘Topograph’ is a beautiful and enchanting album that captures emotion and musicality from the very start. The opening track ‘Survey’ is an instrumental-only track and is a sort of intro to the rest of the album. It sets the mood for the rest of the track.

Each track is fluid and fragile with the hauntingly beautiful music and Thomston’s unique vocals. The second track on the album ‘Float’ is a perfect example of Thomston’s musicality and genius in production with the unique sounds while still having a catchy hook.

The track ‘Windowseat’ sees Thomston collaborate with Brisbane-based artist Wafia. Wafia is the perfect vocalist for this track with her girlish voice and heavy beat from Thomston’s music, it is a match made in heaven.

The dreamlike music and vocals are reminiscent of artist Troye Sivan or Frank Ocean, calming but driving and wholly unique. The soft track ‘Outskirts’ shows another side of Thomston with the track having a more R’n’B-shuffle beat in the bass and percussion and the vocals being smooth and clear.

‘Topograph’ is a wonderfully unique collection of tracks from Thomston and is sure ot give him huge success.