Model/Fashion Designer/TV Personality Didier Cohen can add DJ to his impressive resume with his new single ‘Skyline’ feat. AJ Smith. Starting in the music industry at aged 18, the US born Cohen then went on to have a successful international modeling career and has appeared on numerous television shows since his move to Australia.

‘Skyline’ is the perfect club anthem with it’s pumping beats, catchy hooks, and building melodies throughout the song. AJ Smith’s vocals cascade through the track showcasing an impressive vocal range while still maintaining a fun energy. “You light it up, light it up” is the catchy hook of ‘Skyline’ featured repeatedly throughout the chorus and the song.

Didier has mixed pumping beats, percussion, piano, and techno sounds to create a track that will be sure to make it around the club scene. The short instrumental breaks after the chorus are the perfect dance break for party-goers and the constant build of instruments gives the track the party feel that will have people jumping and moving in no time.

The simple piano loop at the beginning of the song gives the song a delicate introduction before adding other sounds and AJ Smith’s vocals and turning it into a dance track. Didier Cohen has expertly created a dance track that will play during the upcoming holiday season for sure. 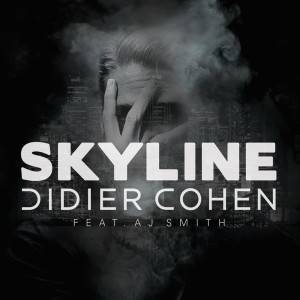 Already making its way through the house world globally Axwell /\ Ingrosso have released their new track ‘Sun is Shining’. Marcus Schossow & Years, R3hab, M-22 and W&W have created their own remixes featured on ‘Sun Is Shining Remixes’. Each remix has a different feel but keeps with the summer party song theme.

Marcus Schossow & Years’ remix of ‘Sun Is Shining’ has techno beats and loops at the beginning of the track before building to a bass drop. The vocals then appear with an echo and a simple beat that gradually gets louder. It then changes into a simple chord progression as the singing takes over with a powerful “the sun is shining and so are you”. Marcus Schossow & Years’ have remixed the song full of dance breaks and builds to get any one into a party mood.

R3hab’s remix of ‘Sun Is Shining’ is explosive from start to finish. The expertly placed bass drops and thumping beats throughout the song give ‘Sun Is Shining’ a completely different sound while still using the original vocals perfectly. R3hab’s take on ‘Sun Is Shining’ is a full sounding track that doesn’t let listeners rest with constant dance beats and layered sounds.

The M-22 remix is completely different again with a more simple approach to the song. Percussion drives the song with a simple synth chord progression and clicking throughout the song. M-22’s remix is more easy listening but still aims to get the audience dancing with techno sounds and dance breaks.

The last remix on ‘Sun Is Shining Remixes’ is by W&W. Once again ‘Sun Is Shining’ is transformed into a whole new track with techno and futuristic sounds at the beginning of the song before pulling back to just vocals and underlying sounds. The W&W remix is the perfect anthem for upcoming festivals and parties.

‘Sun is Shining Remixes’ takes one song and creates four extremely different tracks that will be played at parties and festivals these holidays.

‘Sun is Shining Remixes’ is available to purchase now! 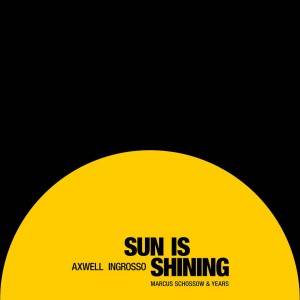 Housten-born rapper, songwriter, and producer Travi$ Scott has finally released his much anticipated album ‘Rodeo’. His full-length major label debut has been one of 2015’s most anxiously awaited hip-hop albums ever. With support from fellow artists such as Kanye West, Drake, Pharrell, Future, and The Weeknd ‘Rodeo’ is sure to be all of the success it has been hyped up to be.

Travi$ Scott has expertly created his own sound that will set him apart from the rest. The tracks on Rodeo are a mix of classic hip-hop style tracks as well as unique takes on the genre.

The first song on the album ‘Pornography’ showcases Scott’s rapping abilities as well as his individual take on music with different sounds placed together to create a great track. ‘3005’ mention fellow artists Iggy Azalea and Beyoncé and is a classis hip-hop style track while still having the Travi$ Scott stamp.

Throughout the album Travi$ Scott shows why he has been labeled as “Hip Hop’s next big thing” (CR Fashion Book).

‘Rodeo’ is available to purchase now! 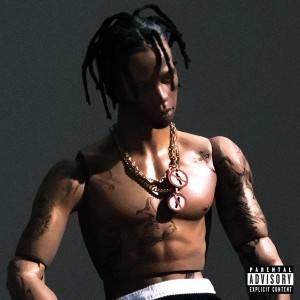 JEWEL – PICKING UP THE PIECES

After five years singer-songwriter Jewel is back with her new album ‘Pieces of You’. Jewel self-produced the 14 track LP and has kept her folk sound that gave her such success before.

“This is just me. These are my thoughts. These are my feelings. This is my poetry,” Jewel said. “It really felt like returning to a part of me that I didn’t mean to lose, but with time and relationships and life and surviving and dealing, you take on new things and not all of them are great.”

Throughout ‘Pieces of You’ Jewel’s angelic voice serenades listeners with raw emotion and feeling that only Jewel can deliver. Tracks like ‘Everything Breaks’ shows off Jewels higher vocal range on lines such as “sometimes everything breaks” in the chorus.

Jewel oozes calm and cool on ‘Pieces of You’ with an array of uplifting and heartbreak songs. Each track is different and features different instruments. On ‘Nicotine Love’ the minor key and strings section gives the song a darker tone.

‘Pieces of You’ is sure to keep Jewel as a household name and is easy listening for everyone.

‘Pieces of you’ is available to pre order now! 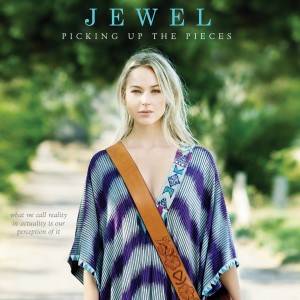