CHRIS BROWN music video Player Tinashe by Caroline Russo | on November 3, 2015 | 0 comments | in Music | Like it 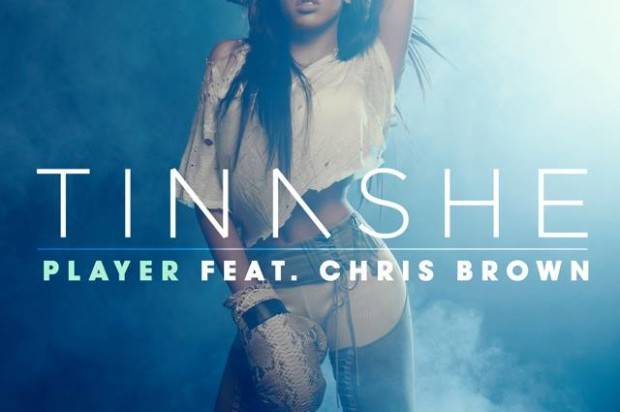 FROM HER UPCOMING SOPHOMORE ALBUM JOYRIDE

“On Joyride, Tinashe is out for blood…” – Rolling Stone

“Tinashe can’t stop, won’t stop [on Joyride]… an album that could take her from bedroom R&B to global pop. ” – Billboard

RCA Records recording artist TINASHE has premiered her latest video for ‘Player’ featuring Chris Brown the lead single from her forthcoming sophomore album, Joyride. The video received its exclusive world premiere in New York City’s Times Square when Tinashe surprised a select group of her fans by inviting them to take a “Joyride” with her to the video premiere.

‘Player’ is produced by LULOU and Alex Purple and is the first official single taken from TINASHE’S highly anticipated sophomore studio album, JOYRIDE. Written and recorded over the past year, JOYRIDE will be the follow up to 2014’s critically lauded debut studio album, AQUARIUS.

Recently, after revealing a self-directed trailer for the album (CLICK HERE to watch), TINASHE gave fans an early taste of the album by sharing the sweaty, bone rattling, ‘Party Favors’ featuring Young Thug. The song, which was produced by Boi-1da, Illangelo, Vinylz, and Allen Ritter, is now available at all digital retailers. CLICK HERE to stream the song and CLICK HERE to purchase it on iTunes.
       
Upon releasing AQUARIUS after a slew of buzzed-about, self-made mixtapes, TINASHE quickly became one of the most talked-about and exciting emerging artists. In the wake of AQUARIUS, TINASHE found herself on many “best of 2014” year-end lists, saw her unstoppable debut single “2 On” go Gold, covered magazines such as V Magazine and ACCLAIM, was honored as one of 2015’s ELLE Women in Music, performed for Karl Lagerfeld and Alexander Wang, was hand-picked by Janet Jackson to perform a tribute to her at the 2015 BET Awards and became the face of Ralph Lauren’s Denim & Supply 2015-2016 campaign.

Tinashe toured relentlessly behind AQUARIUS, taking her live show around the world several times over, including sold-out shows across North America, Europe, Asia, Middle East and Australia. JOYRIDE is a direct result of over a year on the road, with the energy and thrill of Tinashe’s show weaved directly into the album’s robust, kinetic, in-your-face DNA.

“[Aquarius is] one of the most idiosyncratic major label female R&B albums in years…a gesturally significant album.” – The New York Times

“Built around flickering synths and future-R&B production, Aquarius was one of the more inventive R&B debuts in years.” – Los Angeles Times