In Conversation With Tom Taylor At Oz Comic -Con 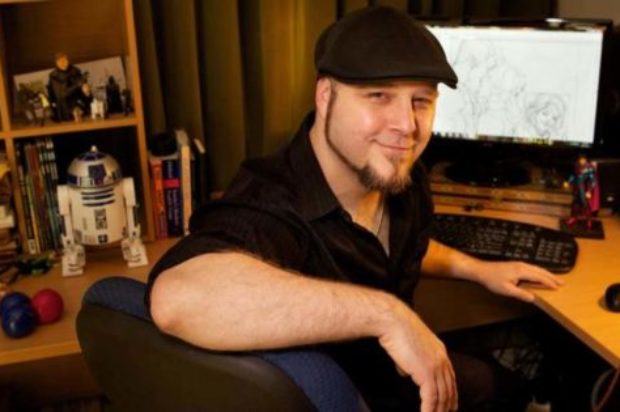 How did you get your start?
How I got my start? Well I got my start originally I was a playwright who had plays on all around the world and didn’t make a cent cause that’s what theater is like. But one of my plays was adapted into a comic that was about a briefcase on Flinders Street Station in Melbourne and that comic got me a job writing Star Wars. It also makes no sense whatsoever. There’s more to it than that obviously. That’s the short answer.

What has been your favourite thing to work on?
My favorite thing to work on? That’s really hard. I tend to love whatever I’m working on right now. So you know I’m writing Spidey right now and like Spider-Man you know is a dream. He is such a great character and writing Peter (Parker) is amazing. You know I’m just on a pile of Star Wars. Which is always fun. With the new characters Finn and Rey poe and Rose and Kylo Ren and stuff that you know that’s always a ball. Getting to write Batman writing ‘Dceased’ at the moment is the most insane thing in the world. Writing Injustice was some the most fun I’ve ever had writing for comics. It was just joy.

What is a character you would like to write but have not had the chance yet?
Look, I always I always want to write more Superman. That’s that’s no secret. You know every time I’m asked about Superman it’s always like OK Superman beats evil and Superman is my favorite hero. So I’d love it. I’d love a chance to write him well. Love Green Arrow and Black Canary would write a lot more of them. Love to write some more Captain America. Haven’t had a chance to write Hulk yet. I think he’s one of the only big ones that Marvel I haven’t touched. I’m a fanboy, I love everything.

What have been your favourite comics to read?
It’s hard to narrow down. Probably my favorite comic ever is a comic ‘Hitman’ by Garth Ennis, John McCrea which is just an amazing book. He wrote it around the same time he was writing ‘Preacher’ which is my second favorite comic. ‘Hitman’ was set in the DC universe and there’s just something, just incredible heart, humour, beautiful friendships that I could read that book at any time.

What story arcs do you wish you could have tackled?
I’m bummed I missed out on Batman and Teenage Mutant Ninja Turtles that would’ve been fun as hell, things like that. But having said that like most comics I tend to read not just accept that’s what they are. I don’t ever read anything and go “Oh man, I could have done this better”. There’s often big events. You know, I just got to do this ‘War of the Realms’ crossover with Jorge Molina. Which was just so much fun. Like I’m reading that series I’m like oh man Jason Aaron is doing something great here that actually play with.

What has been your favourite comic book adaptation?
Everything the Marvel Cinematic Universe has done. Absolutely genius. Perfect. You know, they’ve created fans for a generation off the back of just good entertaining films.

Which of your comics would you like to be adapted?
I’m not sure. I think ‘Dceased’ would be a great animated film it would be hideous look at do it. Would love to see Injustice adopted. Obviously it’s a game already. Yeah, I mean I wrote a comic called ‘The Deep’ and it’s now in its third season in 160 countries and I’m the head writer of that show so thats already happened.

What advice do you have for someone wanting to get into the industry?
Just do whatever you want to do every day. So you want to be an artist or if you want to be a writer, write and draw every single day. You just gotta practice. like I used to be a professional juggler and I used to know a stood in a park for two years and dropped things until I didn’t drop things and writing is exactly the same and art is the same. Don’t just write anything or don’t just draw anything, write and draw comics. Be good at sequential storytelling and then be good as anybody else.