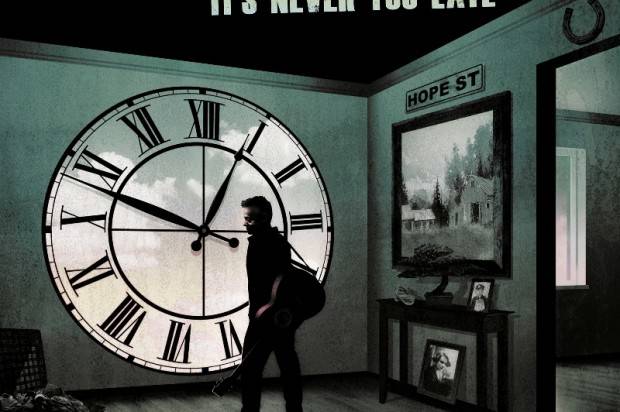 Sony Music Entertainment Australia is proud to announce IT’S NEVER TOO LATE, the brand new studio album from guitar legend Tommy Emmanuel, is set for release Friday August 7th 2015. Two-time Grammy nominee Emmanuel is one of Australia’s most respected musicians and in 2015 he returns with his brand new studio album, which is released ahead of his forthcoming August Australian tour.

IT’S NEVER TOO LATE is the first regular studio album featuring Emmanuel completely solo since 2000. The album is 14 tracks with no vocals or guests. It’s just pure Tommy – solo.

On writing the music Tommy said “I write as if I’m writing for a singer. I don’t think, ‘Ah, it’s just a solo guitar piece.’ I try to imagine I’m playing with a band or with a singer, but then I play the whole thing as a solo piece and look for ways to give it space.”

IT’S NEVER TOO LATE is a guitar album that’s believable to both studied guitarists and everyday music fans. Accepting change at every stage of life is the point behind IT’S NEVER TOO LATE – and that includes accepting the imperfections that life presents.
    
 The legendary guitarist has a professional career that spans five decades and continues to intersect with some of the finest musicians throughout the world. A household name at home, Tommy has also garnered hundreds of thousands of loyal fans worldwide.

Tommy Emmanuel is touring Australia this August with tickets on sale now!

About Tommy Emmanuel: Two-time Grammy nominee Tommy Emmanuel is one of Australia’s most respected musicians. The legendary guitarist has a professional career that spans five decades and continues to intersect with some of the finest musicians throughout the world. Tommy’s unique style – he calls it simply “finger style” – is akin to playing guitar the way a pianist plays piano, using all ten fingers. Rather than using a whole band for melody, rhythm, bass, and drum parts, Tommy plays all that – and more – on one guitar. Guitar legend Chet Atkins was one of the first to inspire Emmanuel to try this “fingerpicker” style as a child. Decades later, Atkins himself became one of Emmanuel’s biggest fans. Tommy Emmanuel is an honorary Kentucky Colonel, a CGP (Certified Guitar Player), an Order of Australia Medallist (AM) and the holder of both an honorary Master’s Degree (MA) and more recently an honorary Doctor of Arts (DR) from Charles Sturt University in recognition of his commitment to rural Australia and his contribution to music education. 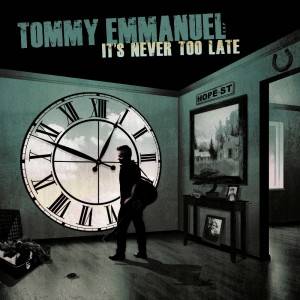