festivals in qld Flowers toowomba by Caroline Russo | on April 30, 2018 | 0 comments | in Entertainment | Like it 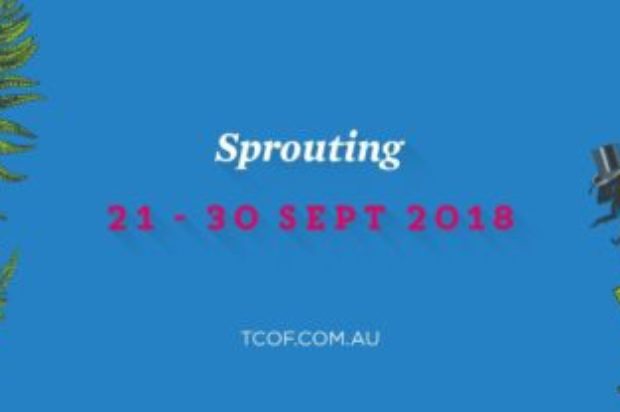 176,030 more reasons to love the Toowoomba Carnival of Flowers

As if beating the best in the business to take out the Best Major Festival or Event
at the Australian Tourism Awards recently wasn’t enough, there are now 176,030 more reasons
to love the Toowoomba Carnival of Flowers – that’s how many seedlings and bulbs will be planted for this year’s event which runs from Friday 21 to Sunday 30 September. And the planting starts TODAY!

In Toowoomba the first of 176,030 seedlings and bulbs were planted in the Botanic Gardens at Queens Park. In five months they will bloom to create the world-famous colour that is the Toowoomba Carnival of Flowers.

Toowoomba Region’s horticulturalists and gardeners, together with dignitaries and fans gathered for the inaugural Planting Ceremony, a moment which signals the official countdown to ‘Carnival’, and the beginning of five months of intense work for the team of gardeners and horticulturalists that curate the city’s stunning parks and public spaces, readying them for more than a quarter of million visitors from September 21 (see Planting Program over).

All those who attended had the chance to plant their own seedling or bulb. Leading the planting charge was local contemporary artist Anna Bartlett, who has been secretly working with the gardeners and unveiled an artwork of exactly what Queens Park will look like in five months. The spectacular artwork will hang in City Hall until it is auctioned at the Qantas Gala Dinner.

Exciting new experiences and headliners were also announced as program highlights for this year’s event:

Multi-award-winning garden designer, author and commentator Jim Fogarty leads the floral line-up. With over 30 internationally recognised design awards and 15 gold medals, Jim is passionate about raising the profile of Australian garden design here, and overseas. He is also the current National President of the Horticultural Media Association of Australia.
There will be TWO headline chefs for 2018 – Adam Liaw, author, cook, host of Destination Flavour, culinary contributor and winner of Masterchef Australia 2010 will be joined by amazing slow food chef Julia Busuttil Nishimura to celebrate the local flavours of the Carnival.
A stunning new event for 2018 is The Night Garden powered by Ergon Energy – based in Queens Park, The Night Garden is a magical creation featuring floral and lighting displays and experiences, to be held over five nights from September 26 to 30.
Another new event is The Chef’s Brunch, to be held on Sunday morning with special guest chef Julia Busuttil Nishimura in the leafy gardens and setting of Gip’s Restaurant.
The Grand Central Floral Parade will be held on Saturday September 22 – it will be the 69th time this incredible event has been held; it is expected to attract over 70 floats and more than 100,000 spectators.
The Qantas Gala Dinner will be held on Thursday evening September 20 in Laurel Bank Park under the stars, the perfect beginning for 10 days of celebration.

ATTENTION MUSIC LOVERS ….
The Heritage Bank Festival of Food and Wine will be held from Friday September 21 to Sunday September 23 in Queens Park and will be home to local produce and food experiences, the gardens program, art installations and flower crown workshops and a jaw-dropping line-up of incredible music acts….

Mayor Paul Antonio said the Toowoomba Carnival of Flowers had cemented itself as a truly national icon, winning the Gold Award for Major Festivals and Events at the 2016 and 2017 Australian Tourism Awards and late last year was inducted into the Queensland Tourism Awards Hall of Fame. “In this, it’s 69th year, the event continues to bloom with exciting new events, fantastic headline names and acts and a floral planting program that will result in a speculator canvas of colour across our stunning parks and public spaces come September,” he said. “It really will be a breathtaking 10 days of flowers, flavours and sounds.”

A History
Since its inception in 1949, the Toowoomba Carnival of Flowers has flourished and is now an iconic Queensland event. The brainchild of Essex Tait and the Toowoomba Chamber of Commerce, Carnival was introduced as a way for the city to use their “Garden City” reputation to promote increased economic activity following the hardships of war. On October 21, 1950 the Toowoomba Carnival of Flowers commenced with a street procession that stretched three miles in length. Led by a bullock team and watched by a crowd estimated to be 50,000 strong, it was a resounding success. The Toowoomba Carnival of Flowers is the current title holder of Gold Award for Major Festival and Event at the annual Australian Tourism Awards. Last year attendances across the 10-day event skyrocketed, with overall figures up by 29 per cent with 255,639 attendees recorded.

Toowoomba Carnival of Flowers
September 21 to 30, 2018
Program, tour information and accommodation detail at www.tcof.com.au or on www.facebook.com.au/CarnivalFlowers