Both professional and aspiring film creatives alike flocked to Event Cinemas Garden City for a masterclass panel from three of the Australian film industry’s highest regarded cinematographers, for Behind the Lens, the latest event from Queensland Film TV Events and Caroline Russo Enterprises, held on Wednesday 26th February.

In true QFTE style, the event started with drinks and networking, alongside the red carpet, as photographers made sure to capture the energy and excitement of the night. Guests were able to mingle with the panellists and other industry professionals before the show kicked off, as the panellists were more than thrilled to give away some of their best tips and tricks in a relaxed atmosphere. 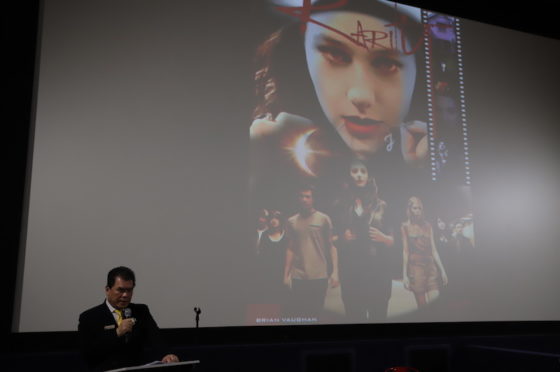 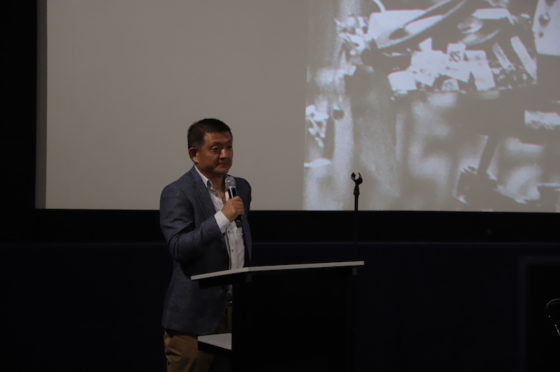 The evening’s MC, Lewis Lee OAM, opened the evening, followed by John Preston running candidate for Runcorn Divisions while esteemed guest Jack Sun gave a brief discussion on the devastating effects of the growing Coronavirus. Not to continue the night on a dark note, hostess Caroline Russo took to the stage to introduce the trailer for 2011 short film, The Rarity, directed by Brian Vaughan, who discussed the multitude of awards and continued success the film was reviling in. Mr Vaughan touched on his plans for the short film’s future, as it eyes off a debut at Cannes Film Festival, and hopes for a television series down the track.

After all the formalities were completed, hostess Caroline Russo took to the stage to introduce Nino Martinetti and his illustrious showreel, highlighting an astounding career of over forty years. A Q&A with the night’s biggest name followed, where Ms Russo asked Martinetti everything about his career, from his humble beginnings as a mature-age film student in Melbourne, to working on some of his biggest films both in Australia and abroad. Audiences were able to absorb some of the most candid anecdotes from one of modern cinema’s most renowned Cinematographers.

Following the one-on-one Q&A, Ms Russo was thrilled to introduce Tony O’Loughlan and Shing Fung Cheung. Both directors’ showreels were filled with Australian-produced films, highlighting some of the best productions from this side of the globe. O’Loughlan detailed some of the more truthful aspects of the industry, explaining to Ms Russo some of the struggles that come, working as a Cinematographer in Australia, but was incredibly encouraging on bolstering local productions. Similarly, Cheung gave audiences an insight into his career so far, from emigrating to Australia aged twelve, to his time studying at Queensland College of Art, as audiences were also treated to a trailer for his upcoming project, Blood Sisters, due for release later this year.

Another strong event for QFTE, Ms Russo was elated to shine a spotlight on some of Australia’s most successful local talent, while allowing the event to nurture local collaborations and networks within the smaller Queensland film industry.

Audiences can expect an announcement for QFTE’s next event in the coming weeks. 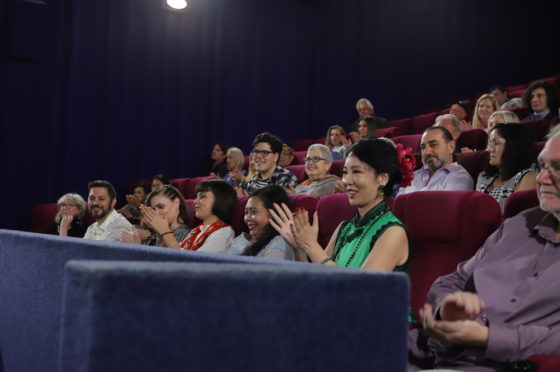