Looking for a Christmas gift for your booking loving friends and just not sure what to get them? Look no further! Courtesy of our friends at New Holland Publishing  and covering multiple genres from food to crime, below are our top reads (in no particular order) for this Christmas! All Animal Beings by Ken Drake

All Animal Beings is a coffee table book containing beautiful photographs of the animals in our lives that we think we know best. All manner of pets, farmed animals and iconic wildlife are featured in Zoo Studio’s signature style, including their striking black backdrops.

The book will pull on the heartstrings of every ‘animal lover’ and provide thought-provoking messages on who we share the earth with. Photography aficionados will appreciate the skill that has gone into producing this stunning book.

Readers are invited to engage and explore many questions relating to mankind’s relationship with animals through Ken’s photographs, for instance: Why are dogs considered a man’s best friend? Why can cats be so aloof? Why is it ok for us to eat some animals, but not others? Is it only domesticated animals that are smart, or does our wildlife have special
abilities, too? Merv Hughes and barbecue food – a summer match made in heaven. Big-hearted fast bowler and sporting legend, Merv cooks up a collection of his most wanted barbecue recipes along with a side of cricket anecdotes and beer adventures from the cricket star’s career.

Just like Merv ripped through batting line-ups all over the world, his recipes will bowl everyone over at your next barbecue. Backyard cricket optional. With all the technology, games and apps available to kids these days, it’s easy to overlook science books as a fantastic source of entertainment and education.

Make Science Fun Experiments teaches scientific concepts and ideas through fun, memorable experiments and activities that can easily be performed at home using common household items, and engaging content. The fascinating information and experiments will encourage kids to explore science and the world around them.

The fascinating information and experiments will encourage kids to explore science and the world around them.

A Hard Place: The Rise Of Street Gangs by Brett Stevens

In the thrilling biographical crime novel, A Hard Place The Rise of Street Gangs—author, former police officer, and photojournalist Brett Stevens shares his firsthand account of the spread of gang culture across the world, where drive-by shootings and communities under siege have become the new normal.

According to Brett, today the gang culture has developed into a global structure in more countries than ever before, and as such we need to understand it and develop strategies to suppress it.

Just A Gob On A Stick by Simon Hill

Having commentated on major football games around the world for more than 25 years, English-born Fox Sports commentator and talent Simon Hill has become so much more than what his colleague once described as ‘just a gob on a stick’.

It was Simon’s devotion to his beloved Manchester City that led him to follow his passion into a career working as a football presenter and commentator in both radio and television in the UK before moving to Australia, where he has become the voice of ‘the world game’. 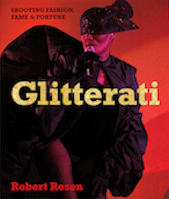 Robert Rosen is one of Australia’s foremost social and fashion photographers—his body of work across the decades, both in Australia, London and Europe, is a testament to his uncanny knack of, not accidentally being in the right place at the right time, but knowing exactly where the right place is.

In the candid and star-studded collection Glitterati Shooting Fashion, Fame & Fortune, Robert shares these incredible moments—making readers feel as if they were there, rubbing shoulders with Bowie, Geldof and a number of other stars over the years. His camera becomes a passport to every dazzling party, every cool club and every wonderful Kings Road identity that the world could offer.

Antonino Tati (founding editor of Cream Magazine) celebrates 20 years of publishing by pulling together an anthology of unorthodox interviews with artists from the international music scene.

From the veteran likes of Nick Cave, Dave Grohl, Henry Rollins and Patti Smith, to contemporary icons Naomi Campbell, Ellie Goulding, Calvin Harris and Adam Lambert, artists from every genre are prodded, poked, and pinned under the microscope for sharper observation. Interspersed with fascinating listicles and behind-the-scenes antics, There’s Your Quote, Mate adds up to one outlandish and outrageous read: an up-close look at a music industry gone utterly mad. 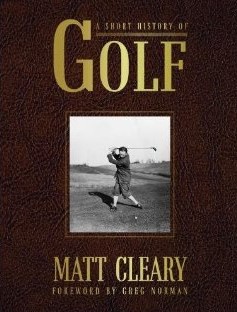 A Short History of Golf by Matt Cleary

A Short History of Golf tells the magnificent, sometimes tragic, always inspiring stories of the greats of golf and how they lit up the world with their own brands of magic.

In this textured hardback and loosely chronological book, the short history of golf and it’s many icons are retold, including Old Tom Morris, who won three of the first five Open Championships in the 1860s, and the many other greats that have vied for that prize. From Bobby Jones who created the famous Augusta course, to Sam Snead winning three green jackets, and some of other stars like Ben Hogan, Gene Sarazen, Gary Player, Arnold Palmer (The King), Jack Nicklaus, the magnificent Seve, the Great White Shark and Tiger—all the golfing legends are mentioned in this golf hack’s crack at history. 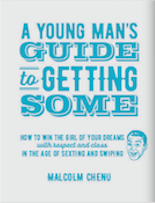 A Young Man’s Guide To Getting Some by Malcom Chenu

A Young Man’s Guide to Getting Some is a hilarious guide book that offers advice about how to woo the girl of your dreams in an ever-changing electronic world. The ‘Guide’ is a MANifesto for modern dating.

If men – of any age – only knew that behaving honourably and treating women with respect would have them swimming in it, they would all be doing it. But too many don’t. Too many guys go with lies, sleazy lines and charmless midnight texts to try to fulfil their desires. Guys who take the high road, the path suggested in A Young Man’s Guide to Getting Some, will find they are exceptional – a unicorn in a milieu of ordinary men. And what girl doesn’t want a unicorn?

The Last Australian Childhood is heartfelt collection of stories by Kevin Moloney about growing up as typical boy in suburban Melbourne in the 1960s.

Each childhood story is written in a different voice to reflect the author’s age when it is set, and with innocence, naivety and humour engages the reader in a family life that was typical of the time—simple and uncomplicated.

The deeply affectionate memoir has nostalgic stories that the majority of Australians can relate to, including baby boomers and their children. Written in a contemporary style, the vignettes also present the reader with an insight into strong values, an appreciation of family life, and a questioning look at the world through the eyes of a growing child in Australia. 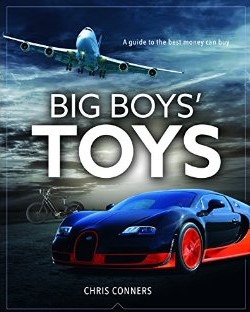 Take a journey through the awe-inspiring world of luxury consumer goods, where money is no object and if you need to ask the price then you know you can’t afford it. From cars, planes, and boats to
watches and clothing, it’s all about quality, luxury, rarity and prestige.

Thousands of hours have been spent combing through the best that this world has to offer to find readers the best big boys’ toys so that they can have a little fun. Big Boys’ Toys includes images, prices, and descriptions of the best money can buy with honorable mentions. 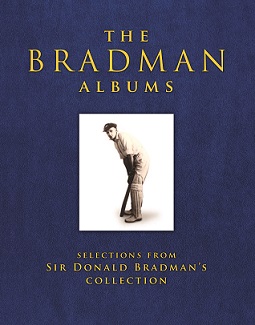 For millions of people in Australia and around the world, ‘The Don’ was Australian cricket. Sir Donald Bradman was, beyond any argument, the greatest batsman who ever lived and the greatest cricketer of the 20th century.

In that time, his reputation not merely as a player but as an administrator, selector, sage and cricketing statesman only increased. His contribution transcended sport; his exploits changed Australia’s relationship to what used to be called the ‘mother country.’